The solution to Big Tech in our grasp! 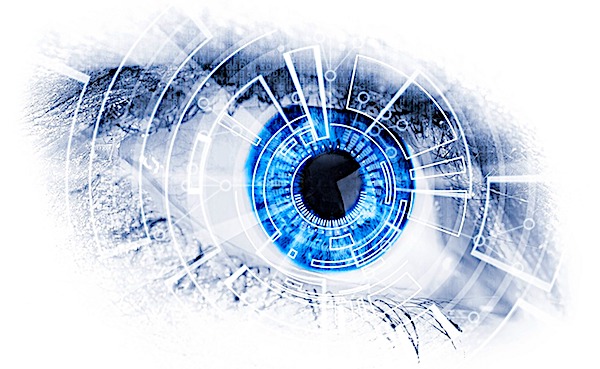 The free press in America is dead.

Dead as a doornail. Deceased. It has assumed room temperature.

Call it the late, great First Amendment of the Constitution of the United States.

Anyone can be censored, canceled or suppressed by the official “mainstream media” and its masters ruling from atop Google, Facebook, YouTube and Twitter – even a sitting president, Donald J. Trump, can be silenced.

Each day brings the names of the latest victims of eradication, ex-communication and blacklisting.

The words are still legible in the Constitution, but they no longer adhere to current reality: “Congress shall make no law respecting an establishment of religion, or prohibiting the free exercise thereof; or abridging the freedom of speech, or of the press; or the right of the people peaceably to assemble, and to petition the Government for a redress of grievances.”

Our country is in big trouble.

But some of us are not going to go down without a fight!

One of those men is Jeffrey Sisk, the founder of Find.com.

His company is building a search and social-media platform under one app that will do much of what Google, Facebook, YouTube and Twitter do – except without controlling speech in America and around the world.

“America was founded on a series of core principles that have guided our nation for over 200 years,” he says. “We have struggled as a people to apply these constitutionally protected rights to internet platforms. These values, given to us by our Founding Fathers, built the most powerful nation in the history of the world. The protections they placed in our Constitution and Bill of Rights are designed to preserve and protect America for all generations.”

He adds: “Freedom of speech, freedom of the press, the right to privacy – these are not just “sayings” we support or do not support. They are God-given rights enshrined in our Bill of Rights. With these rights, all voices should be protected, and we should stand shoulder-to-shoulder, even with those with whom we disagree, to protect those rights. The free flow of thought leads to scientific advancement, the sharing of ideas, potential for common ground, and the understanding of key issues that help us build a better society and a more prosperous future.”

His pledge is simple.

“We are committing to you now that we will forever support the core values enshrined in the Bill of Rights. As a platform, yes, we will remove content that contains the obvious bad things, such as graphic violence or pornography. But we will always support constitutionally protected free speech and the First Amendment. That is our firm commitment to you, the American public.”

And Jeffrey Sisk is no Johnny-come-lately to high-tech tasks.

“I have personally been developing new search and social-media technology for almost 10 years,” he says. “We are ready with incredible things to build a brighter future. We cannot share some of this just yet, because it is proprietary and would signal to our competitors some of our plans. But it is exciting, and we will certainly share with you what we can along the way, prior to launch. We will launch Find.com’s public messaging platform, similar to Twitter, in the first couple of months post funding. And then we will bring our additional services for search and social media online later this year on a rapid prototyping timeline.”

I have known Jeffrey Sisk for quite a few years. He’s been involved in some neat projects. He has bigger projects in his future. Right now, he’s driven by the determination of our Founding Fathers.

What’s holding us back?

Here it is! The solution to the Big Tech nightmare in our grasp!

A lot can go wrong. There are powerful forces against us. I saw this in its early stages and couldn’t believe everyone couldn’t see it. I think it will take a miracle to win our country back. But I believe in miracles. And I think Jeffrey Sisk has the right approach.

“I believe in America,” he says on his GoFundMe page seeking the seed capital he needs. “It is the light of the world. I believe in you. I know that you will share Find.com with everyone you know, and this story will be told for generations: how the American people came together and found a way to reaffirm our commitment to our Constitution and Bill of Rights in the 21st century. Sometimes God taps us on the shoulder, tells us it is time to step forth with courage and confidence, and do great things. This is such a time for me. I am stepping forth. Come along with me on this amazing journey.”

Wouldn’t it be amazing if we were involved in something that kept America on the straight and narrow for another 200+ years?

Maybe we were born for such a time as this!