The Fight to Protect Talk Radio 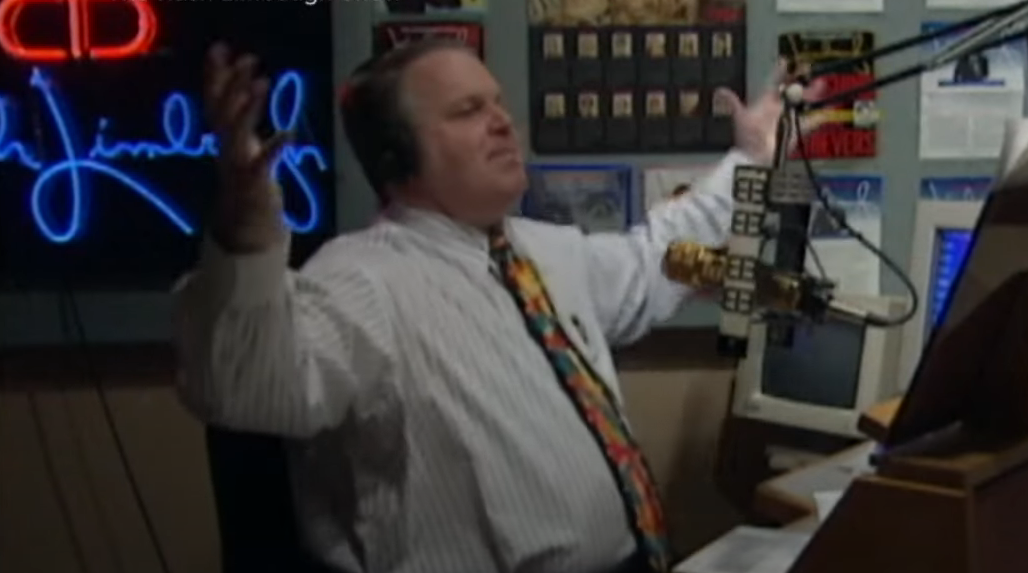 The fight for America’s soul is being waged and radio transmission towers are the main vehicles through which conservative thought is heard.  In the next four years, politically and legally defending those towers may be the difference between our nation surviving the onslaught on speech or not.

Over the course of each week, I get the opportunity to appear in more than 600 radio markets around the country, and in doing so I always find it interesting that talk radio is the one communication medium dominated by conservative voices.

This is not surprising because radio talk show hosts are, by and large, the smartest people I meet in media. To be successful, they need to have a broad range of knowledge and an ability to articulate it in both an informative and educational way.  They also have to be able to adapt to changing news events while facing the most daunting task of all, keeping a fresh relationship with a listening audience which hears them every day.

In spite of numerous attempts by the Left, Twitter bots and equally non-thinking social justice warriors that drive today’s cancel culture, it is talk radio where diverse free speech dominates. This is why broadcast radio is an institution that the Left continually demonizes and has been working to destroy for decades.  It is also why talk radio must be vigorously defended.

Talk radio is the Left’s biggest frustration largely due to jealousy and a perverse desire to control all thought.  Not content to jam their Marxist ideology down America’s throats in schools, and through virtually every institution in our nation, it frustrates these intellectual midgets that they have never been able to compete on a level playing field with conservative talkers.

While many theories exist why this is true, the easiest and most likely was often voiced by Rush Limbaugh when he would exclaim, “I am equal time.”

It is the Left’s dominance of other information mediums that make half the country crave honest, truthful news and conversation. Additionally, while conservative talk radio has risen based upon market demand, left-wing talk radio has largely failed because the market demand for it is fulfilled by National Public Radio’s consistently far left bent.  Unlike conservative talk, there is no void on the left in the medium as liberals in Congress force taxpayers to fund their mouthpieces in the public domain rather than leaving it to the brutally competitive local media marketplace.

It is this overall rejection by the free marketplace that sets the Left’s teeth on edge.  They cannot stand that people freely choose to bring conservative talkers into their cars, homes and lives, threatening their worldview by seeking out and receiving information that is censored elsewhere.

And unlike on social media platforms where tech titans have successfully censored, deplatformed and demonetized conservative voices, the Left has been unsuccessful to date in their organized intimidation efforts against radio advertisers of local and syndicated conservative talk radio.  But that is not without trying.  Rush Limbaugh was attacked more than a dozen times in attempts to drive away ad revenue and frighten local station owners from carrying his show.  Similarly, Sean Hannity has been deluged by the politically correct mob who have never seen a good idea that they don’t want to censor.  And with the ascension of the Biden/Harris administration it is certain that bureaucrats and the politically appointed regulators will pull out all the stops to take down talk radio as they no longer will feel constrained by the constitutional limits established throughout America’s history.

This is where conservatives who dominate the landscape of most of America have a vital role to play.  We can support talk radio both privately and publicly.

Privately, as you listen, note which companies advertise on your favorite talk shows and reward them with your dollars.  These advertisers risk being subjected to a firestorm of outrage simply because they ask you to purchase their products.  The least each of us can do is give them a shot at our business and let them know you heard them on your favorite radio program.

Publicly, you can subscribe to groups like Americans for Limited Government so you know when the Biden/Harris administration begins their attack on the ability of your local station to broadcast conservative talk radio and contact your Senators and Congressman urging them to rein in the bureaucratic abusers who will likely be operating under the false narrative that they are just trying to provide equal time.

While this may seem like a futile task, remember that just this week, Senator Bernie Sanders, Marxist from Vermont, expressed his concern that the tech giants have too much power when they are banning a former president of the United States from their monopoly platforms.  The truth has a way of breaking through and it may be your contact with Congress that wakes politicians of both parties to the dangers of single thought politics and the important role radio plays in keeping you informed so you hear both sides of issues rather than just the narrative fed to you by the media and tech giants.

The fight for America’s soul is being waged and radio transmission towers are the main vehicles through which conservative thought is heard.  In the next four years, politically and legally defending those towers may be the difference between our nation surviving the onslaught on speech or not.

Americans for Limited Government will be in this fight, just as we are heard all over the country every single week driving the message of freedom.  Free speech will win if we fight to protect it.

Rick Manning is president of Americans for Limited Government.

This post, The Fight to Protect Talk Radio, was originally published on The Daily Torch and is republished here with permission. Please support their efforts.