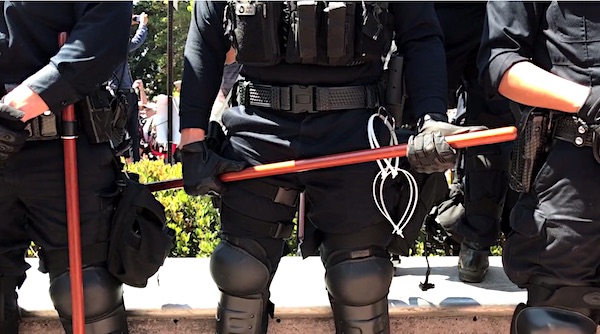 A teacher who taught in the Palatine, Illinois, school district for years has filed a lawsuit against officials there for firing her after she made comments on her own social-media page condemning the riots and looting that developed across the U.S. during 2020.

The case was brought by Judicial Watch on behalf of Jeanne Hedgepeth.

An announcement about the federal civil-rights case explained Hedgepeth was dismissed by the suburban-Chicago district where she had worked for 20 years after she criticized on Facebook the “riots, violence, and shootings in Chicago in the aftermath of the May 25, 2020, killing of George Floyd.”

“Hedgepeth made the posts on her personal Facebook page while vacationing after the end of the school year, just as some of the most severe violence was occurring. In her posts, Hedgepeth recommended studying Thomas Sowell, whom she described as a ‘treasure’ and a ‘truth seeker,’ and praised political commentator and activist Candice Owens and talk show host Larry Elder. She alleges that the firing violated her First Amendment rights,” a report about the legal fight explained.

The case, in U.S. District Court for the Northern District of Illinois, seeks damages from the school district, Township High School District 211, and district board members and officials who participated directly in the firing.

The case alleges: “In late May and early June 2020, Hedgepeth was vacationing in Florida after the end of the 2019-20 school year when violent street protests, rioting, looting, and shootings erupted in Chicago and many other U.S. cities in the aftermath of the killing of George Floyd on May 25, 2020 by Minneapolis police officers. In Chicago alone, 82 persons were shot, 19 fatally, over the May 30-31, 2020 weekend. On May 31, 2020, which the Chicago Sun Times described as the most violent day Chicago had seen in 60 years, Mayor Lori Lightfoot asked Governor J.B. Pritzker to deploy the Illinois National Guard in the city.”

Hedgepeth, responding while on her vacation, said, “I don’t want to go home tomorrow. Now that the civil war has begun I want to move.”

In an online exchange, a reader told her to follow her gut and move, and she wrote, “I need a gun and training.”

She added, “I am about facts, truth seeking and love. I will speak on any topic I choose because I live in a free country. I find the term ‘white privilege’ as racist as the ‘N’ word. You have not walked in my shoes either so do not make assumptions about me and my so called privilege. You think America is racist? Then you have been hoodwinked by the white liberal establishment and race baiters like Jesse Jackson and Al Sharpton. Travel the world and go see that every nation has racism and some more than others but few make efforts such as we do to mitigate or eliminate it. I have lived and seen. The people I am informed by about the black experience in America are actually some of the smartest people in America. And it so happens they are black. I highly recommend studying Thomas Sowell, who is now retired and in his 80’s. A treasure. A truth seeker. [D]oes REAL research and analysis. Candice Owens is one of the smartest and most courageous women in America and Larry Elders speaks the truth with a great sense of humor and FACTS not feelings. They are who I listen to when it comes to facts about the black experience in America. Don’t you think there is a deeper problem than racism when 50% of murders in America are committed by 13% of the population? Do you think there might be a subtle genocide of black babies when most planned parenthoods are put in poor neighborhoods and that 30% of abortions are black babies. [B]lack women only make up 7% of the U.S. population. The greatest power you have is what you believe about yourself. [W]hat have Democrats, mainstream media and intellectuals in ivory towers been telling the black community to believe about themselves for forty years? Wake up and stop believing them, then things will change.”

The posts were on her personal page and did not identify her as a teacher.

She was told when she got back from vacation she was under investigation. Then she was fired.

“The school district took what could have been a teachable moment about respecting diversity of viewpoints and turned it into a clear civil rights violation,” said Judicial Watch spokesman Tom Fitton. “Jeanne Hedgepeth had every right to express herself freely and openly on her personal Facebook page, outside of school, about matters of undeniable public concern. Firing her for opposing lawlessness, speaking out about gun rights, praising black conservatives, and criticizing Democrats and tenets of Critical Racial Theory violated the First Amendment, and the school district and district officials who did so will be held accountable.”