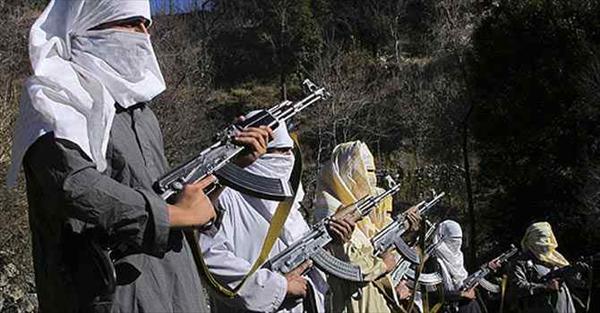 The terrorists in the Taliban have run roughshod over pretty much all of Afghanistan since Joe Biden ordered American troops out in an abrupt withdrawal that left behind not only Americans and allies, but tens of billions of dollars worth of American war machinery.

Since then the Taliban has, as its members did when they last ruled Afghanistan in the 1990s, cracked down on women’s rights, minority rights, and members of non-Islamic faiths.

They’ve announced that of course executions and dismemberment will be reinstituted as punishment methods in their domain.

But now, a report from the Middle East Media Research Institute confirms resistance is developing to the Taliban’s agenda.

His comments came in an interview with the Russia news agency Tass, MEMRI reported.

Khalili warned the Shiites may join with other ethnic groups to “form a national resistance.”

He leads the Hezb-e Wahdat-e Islami Afghanistan (“the Islamic Unity Party of Afghanistan”) and has been vice president from 2004 and 2014.

“Karim Khalili’s interview given to the Tass news agency becomes more important amid the growing concern that the Taliban fighters, following their jihadi ideology, will target Shiite Muslims,” MEMRI reported.

He said, in the interview, “So far, we have seen (the Taliban’s) interim Cabinet, which is in no way inclusive. The continuation of this course is unacceptable for other (political) forces and ethnic groups. “This situation will definitely become unbearable for the Tajiks and the Uzbeks, and they, together with the Hazaras, will return to the battlefield.”

The report said Khalili had hoped because of international pressure, the Taliban would refrain from “tyranny” and a civil war “would be avoided.”

“We must not be forced to go down the path of armed resistance in order to protect the lives and basic rights of our people,” he warned.

Khalili still held out hopes that the Taliban would be reasonable, a hope largely abandoned by much of the international community already, saying, “I hope that poverty, war, and drugs on the one hand and the lack of a legitimate governance system upheld by the people and the global community on the other, won’t revert Afghanistan back into a breeding ground for terrorist groups, which will not only destroy the county itself, but also pose a threat to international security.”