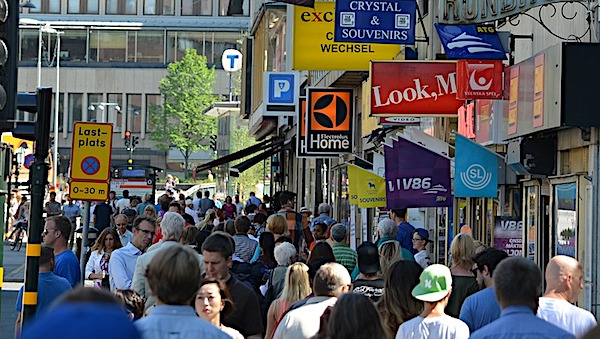 The articles and TV segments that hurled invective laced with mockery at Sweden for its libertarian approach to the pandemic haven’t aged well, which likely explains the media’s sudden lack of interest in the topic, writes a Swedish journalist.

Johan Anderberg, the author of “The Herd,” a bestselling history of Sweden’s COVID-19 experience, writes in a column in the website Unherd that for “anyone still interested, the results were impossible to deny.”

By the end of 2021, he points out, 56 countries had registered more deaths per capita from COVID-19 than Sweden.

“With regard to the restrictions that the rest of the world had put so much faith in — school closures, lockdowns, face masks, mass testing — Sweden had more or less gone in the opposite direction,” writes Anderberg.

“Yet its results were not noticeably different from those of other countries.”

Even when it was becoming clear that the political measures deployed against the virus were of limited value, few nation’s changed course.

But he understands why that happened.

“From a human perspective, it was easy to understand why so many were reluctant to face the numbers from Sweden,” Anderberg says. “For the inevitable conclusion must be that millions of people had been denied their freedom, and millions of children had had their education disrupted, all for nothing.

“Who would want to be complicit in that?”

Anderberg notes that in the spring and summer of 2021, the global consultancy firm Kekst CNC surveyed people in the U.K., Germany, France, the United States, Japan and Sweden regarding the virus.

Sweden, though a much smaller country, was included in the survey because of its “unique” approach to the pandemic.

One of the questions was what percentage of the population of your country do you think have died from COVID-19. In the U.S., the average guess in mid-July was 9% of the population. If that were true, it would amount to 30 million deaths. That’s an overestimation of 22,500%, or 225 times higher.

In the U.K., France and Sweden, the death toll was exaggerated a hundredfold. The average Swedish guess of 6% would amount to 600,000 deaths. By then, however, the official death toll was less than 6,000.