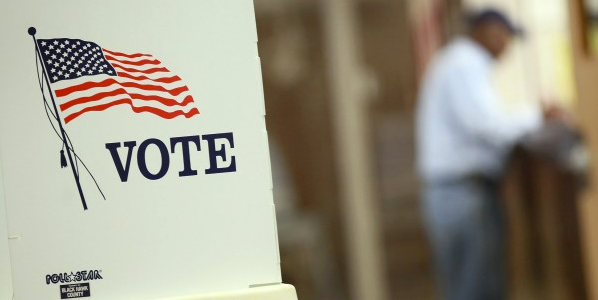 The results were in and a new president had been named, but immediately there were demands for “election audits” because activists thought the man sitting in the Oval Office with the responsibilities of the president of the United was illegitimate.

The losing candidate claimed the election was “stolen.”

Prominent party members all lined up behind the message that the results were wrong, and democracy was under fire.

Those were the perspectives of prominent Democrats following President Trump’s win in 2016, as documented by a report from the leftist Center for American Progress.

The report was cited by National Pulse, which revealed the Democrat document even described how voting machines were vulnerable, a claim that when made by Republicans four years after Hillary Clinton became a two-time loser in the White House race triggered billion dollar lawsuits.

The 21-page document is called “9 Solutions to Secure America’s Elections” and was created by Danielle Root and Liz Kennedy in last 2017.

They charged, “Voting machines that record votes and tally them are run on software that is vulnerable to cyberintrusions. Well-resourced hackers, whether funded by foreign governments or criminal syndicates, have the access, ability, and motivation to infect computerized voting machines and tallying systems across America. This can occur even if the machines are not connected to the internet. Attackers, for example, can deploy software such as Stuxnet and Brutal Kangaroo to target offline voting machines.”

The political leftists were at that time trying to convince Americans that President Trump was not president, but was only in office because of “Russia” collusion and interference, claims that now have been thoroughly debunked.

Even now, Clinton insists her chance to be in the Oval Office was “stolen.”

Now, however, as President Trump and his supporters have raised similar concerns, their comments have become an “attack” on “democracy.”

The report said in 2017, “The legitimacy of self-government rests on the consent of the governed. In our democratic republic, that consent is manifested through the administration of free and fair elections.”

It then hashes over “many of the debunked Russian-collusion conspiracy theories that dominated the Trump presidency,” National Pulse explained.

“But the report goes on to assert a number of things that, now asserted by the Trump Right, are called ‘dangerous disinformation.’”

Among those is the concern about voting machines.

“That is why there needs to be a paper ballot—which is software independent—for every vote cast,” the report said. “A paper ballot offers a record of voter intent, which will exist even if voting machines are attacked and data are altered. Paper ballots or records are necessary both to conduct meaningful postelection audits able to confirm the election outcomes, and to enable post-hoc correction in the event of malfunctions or security breaches.”

National Pulse continued, “Recommendation #2 of the paper assails voting machines themselves, and reveals how Mike Lindell and other machine-oriented election auditors may be well within their rights to suspect foul play” in the 2020 results.

The Democrats complained, “Old voting machines are prone to hacking, as many rely on outdated computer operating systems that do not accommodate modern-day cybersecurity protections… Piling onto these concerns is the fact that weak chain-of-custody practices leave voting machines vulnerable to tampering. For example, an individual with only limited access can infect a machine with malicious malware and other viruses that can corrupt honest vote counts. Some electronic voting machines even include accessible ports that are an open invitation to hackers, who can plug in laptops or smartphones in order to add extra votes. Even with strong chain-of-custody practices, hackers can remotely infiltrate an electronic machine’s operating system, and without paper-ballot records, it is impossible to know whether a hack occurred or if votes were changed.”

Then came the insistence on audits, “a process now widely pilloried by the partisan-left media,” the report said. In fact, Joe Biden’s Department of Justice recently issued guidance for “audits,” using the scare-quotes to denigrate the actual description of what is going on.

The DOJ, in the same document, threatens states that are trying verify the integrity of the 2020 election results, where evidence triggered numerous concerns about fraud or manipulation. Multiple legacy media outlet fact-checkers have said there was absolutely no inappropriate behavior in the election.

But it’s not even contested that there were outside influences, that leftist Mark Zuckerberg of Facebook handed over some $350 million to mostly leftist elections officials to help them “run” the 2020 count. Further, multiple state officials arbitrarily changed state voting laws and procedures to accommodate COVID conditions, even though the Constitution limits those who can make those changes to state lawmakers.

And a survey showed that had legacy and social media corporations not put their thumb on the scale – by suppressing reporting by the New York Post about a new scandal just before the vote involving both Hunter Biden and his father, the candidate, Joe Biden would have lost the election to President Trump.

Root, the next year, gave an interview to explain, “Auditing really is necessary to protect our elections and ensure the integrity of our elections and paper-based voting systems are incredibly important. But the overall impact of a paper-based system depends largely on election officials and states’ ability and commitment to carrying out robust post-election audits.”

The Center for American Progress was founded in 2003 by leftist John Podesta, former chief of staff to Bill Clinton. Podesta also served as counselor to Barack Obama, and went on to be chairman of Hillary Clinton’s 2016 election campaign.

Among other conclusions from the report is that “our election infrastructure is woefully ill-prepared for future interference. Outdated voting machines, lack of verified paper ballots or records, and inadequate cybersecurity measures for voting machines and databases are just a few vulnerabilities that leave U.S. elections open to subversion by hostile entities—foreign and domestic—seeking to undermine the democratic process and even skew election results.”

And it’s important, the paper warned.

“Protecting our elections is a matter of national security, requiring immediate action and coordination at all levels of government. In the lead-up to the 2016 general election, 33 states, along with 36 localities, requested assessment of their election systems by DHS.”

IMPORTANT NOTE: From rampant voter fraud , to Google inducing 6 million “undecided” voters to support Joe Biden, to social media and news organizations and the “deep state” working together to suppress damning revelations about Biden family corruption just before the election, to the Democrat-Media Complex’s underlying message that election fraud is not just morally permissible, but morally ESSENTIAL, because “Trump is another Hitler,” the latest issue of Whistleblower magazine presents a powerful and groundbreaking case that the November 2020 presidential election was the most corrupt in generations. The issue is titled “YES, THE 2020 ELECTION WAS STOLEN: How Big Tech, Big Media, lying Democrats, deep staters and vote fraudsters cheated Trump – and America.”