Supremes wary of creating challenge to 'every voting rule' 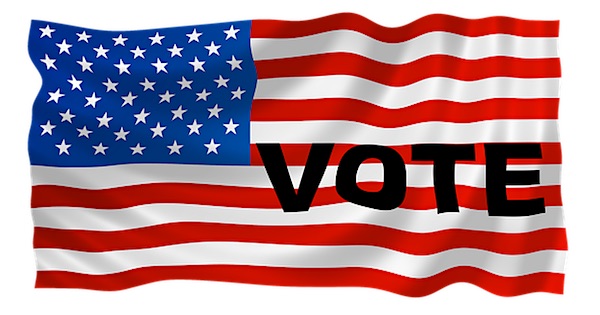 The Supreme Court on Tuesday appeared to be wary of issuing a judgment that would create a challenge to “every voting rule” that exists.

The justices heard arguments on a dispute out of Arizona that involves two state laws, one that makes it a felony punishable by prison and a $150,000 fine for people to collect ballots from voters and turn them in.

There are exceptions for relatives, caregivers, mail carriers and election officials.

The other law forbids voters from casting ballots outside their own precincts.

Both are opposed, generally, by left-leaning organizations that want to make it easier and easier to cast a ballot, and to remove requirements for residency, signatures and more.

That’s what happened during the 2020 election across the nation when officials in multiple states simply violated state law regarding ballot requirements and deadlines in order to count a flood of mail-in ballots, which mostly were for Joe Biden and eventually gave him the presidency.

Conservatives who are enacting voting rules are more concerned that those who are not eligible don’t violate state laws by voting.

A report from Courthouse News charged that the laws were “found to suppress minority votes” and it warned that Arizona “will likely be allowed to enforce” those.

The report noted that nearly a decade ago, one provision of the Voting Rights Act was struck down, when the high court said states with histories of discrimination no longer were required to get federal approval for any voting requirement changes.

The report charged that with a 6-3 conservative-liberal split in the court now, that movement only gained strength.

Other states have requirements similar to Arizona’s, and reports indicate that state legislatures, in the wake of the manipulation of the 2020 election, when state officials simply ignored requirements such as ballot deadlines, are working on a long list of new standards.

The Arizona Republican Party has argued that the laws in its state are neutral, and that imposing requirements to vote is not by itself illegal.

Michael Caryin, a lawyer for the party, said all voters still are given the same “opportunity.”

“We don’t think severe — or minor — disproportionate outcomes violate Section 2 [of the Voting Rights Act,” he said. “It’s not the outcome, it’s the opportunity.”

He said, “The question is not what’s wrong with it, the question is why a system that poses no unfairness on the group be changed simply because they find a different method of voting more convenient.”

Justice Samuel Alito wondered about the challenge that was brought.

He told lawyers for that side, “What concerns me is that your position is going to make every voting rule vulnerable to attack under Section 2.”

A statement from a lawyer for the Democratic National Committee, Bruce Spiva, who said voting “restrictions” are being aimed “squarely at the minority groups that Congress intended to protect,” was challenged by Alito.

He said, “People who are poor and less well educated probably will find it more difficult to comply with almost every voting rule than people who are more affluent and have the benefit of more education.”

Those challenging the law have claimed ballots from Native American, Latino and black voters are rejected for being out-of-precinct twice as much as ballots from whites.

That’s because those voters go to wrong poll sites by mistake, they said.

Scotusblog reported the DNC challenged both requirements, claiming they violate a prohibition on policies or laws that “result in racial discrimination in voting.”

The DNC even claimed the ban on ballot harvesting was the result of “intentional discrimination” on the part of lawmakers.

The district court sided with the state, only to be reversed by the U.S. Court of Appeals for the 9th Circuit, which itself is the most overturned appeals court in the nation. That court blamed the state for changing voters’ “assigned polling places with unusual frequency” so that they would make mistakes.

That court said those mistakes are linked to “social and historical conditions in Arizona in a way that causes an inequality in the opportunity for minority voters to elect their preferred representatives or otherwise participate in the political process.”