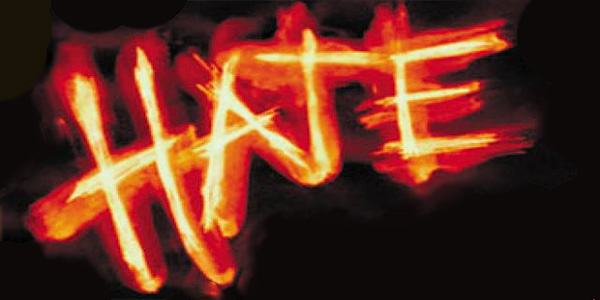 The Supreme Court has been told that its own precedent on defamation, decades old and found in New York Times v. Sullivan, needs to be overturned because it has “paved the way for the nation to suffer an unending torrent of defamatory statements destroying the reputations of good people without recourse.”

The case fight involves Coral Ridge Ministries and its claim against the Southern Poverty Law Center, which apparently ignored the fact that the ministry isn’t a “hate group” it publicly defining the ministry as a “hate group.”

They continued, “Our brief explained that Sullivan stops properly pled defamation cases at the pleading stage, before discovery can be conducted which would establish the allegations. This Supreme Court doctrine has protected organizations like SPLC from the consequences of defamation, allowing such organizations to raise significant amounts of money, while endangering those that they oppose. Finally, we explained how Sullivan usurped the states’ common law defamation jurisprudence, and instead, improperly constitutionalizing defamation law.”

WND earlier reported that the lower court’s ruling means that the SPLC’s practice of labeling Christian organizations as “hate groups” means that just about anyone can be labeled a “hate group.”

Judge Myron H. Thompson found that the definitions of “hate group” vary so widely that the slam is protected by the First Amendment, even if it causes harm.

The ruling came in a case brought by Coral Ridge against SPLC, which routinely labels anyone who disagrees with its pro-transgender, pro-homosexual, pro-abortion agenda as a hater or “hate group.”

In fact, the ministry had been prevented from participating in an online donation program because of the label.

But “the term ‘hate group,’” Thompson claimed, “has no single, commonly understood meaning.”

“The court concludes that there is no single, commonly understood meaning of the term ‘hate group.’ Rather, as shown by the conflicting definitions … the term does not have one precise definition, and instead may be ascribed multiple different meanings by ‘the average reader.’”

Which means, under his opinion, that the recipients of Yale Law School’s Award of Merit, which includes Thompson, could be labeled online as a “hate group.”

Or those who have received Stanford Law School’s National Public Service Award, which he received in 2015.

Or anyone who has served as “Jurist in Residence at Pace Law School,” which he did in 2012.

The coalition grew to more than 60 groups, and many are considering lawsuits against SPLC for putting them on its “hate map” because of their stance on marriage and sexuality, according to PJMedia.

Mathew Staver of Liberty Counsel explained at the time the groups are considering legal action after SPLC paid more than $3 million and apologized to Maajid Nawaz and his Quilliam Foundation for putting them on its “hate” list.

Staver said SPLC has been “doing to a lot of organizations exactly what they did to Maajid Nawaz.”

As WND reported, SPLC and Nawaz and reached a settlement in which SPLC agreed it wrongly included him and his group on a list of “anti-Muslim extremists.” SPLC has agreed to pay Nawaz and Quilliam $3.375 million to fund their work to fight “anti-Muslim bigotry and extremism.”

Then-SPLC President Richard Cohen wrote that SPLC “was wrong to include Maajid Nawaz and the Quilliam Foundation in our Field Guide to Anti-Muslim Extremists.”

“Since we published the Field Guide, we have taken the time to do more research and have consulted with human rights advocates we respect,” he said. “We’ve found that Mr. Nawaz and Quilliam have made valuable and important contributions to public discourse, including by promoting pluralism and condemning both anti-Muslim bigotry and Islamist extremism.

Staver said at the time the “allegations that were at issue here were very similar to the allegations against the other groups.”

“The SPLC promotes false propaganda, demonizes and labels groups they disagree with, and that labeling has economic as well as physical consequences,” Staver said at the time.

SPLC also was linked to domestic terrorism several years ago when Floyd Lee Corkins III attacked the Washington office of Family Research Council, with the intent, he later explained, to kill as many people as he could.

He admitted under questioning that he picked FRC because SPLC had it on its “hate” list.

And the man who opened fire on Republican lawmakers practicing for a congressional baseball game was a fan of SPLC, which had falsely claimed Rep. Steve Scalise, one of the players, was a white supremacist.

The new filing explains the case should get another review.

“The Supreme Court’s effort to ignore the historic meaning of ‘the freedom of speech,’ begun by Justice Brennan, has led us to where we are today. Defamation, particularly against public figures, is given such strong protection that lower courts routinely do what the district court below did – dismiss a complaint for failing to meet an unachievable standard of specificity of allegation.”

The filing charges, “This Court’s decision in Sullivan has allowed the courts below to end defamation cases against public officials on a motion to dismiss before discovery which could have directly established what was alleged. Protected from the consequences of its actions by pleading requirements drawn from Sullivan, SPLC has defamed and endangered numerous Christians and conservatives. At the same time, SPLC has used its “hate group” designations to raise hundreds of millions of dollars. In Sullivan, this Court usurped power it did not have to constitutionalize the common law of defamation — a decision which requires re-examination.”

The district court had explained exactly what the SPLC did: “SPLC is a nonprofit organization that, among a range of activities, disseminates a “Hate Map ” that lists groups that it designates as “hate groups,” including Coral Ridge…. SPLC’s Hate Map is located on its website, and defines “hate groups” as groups that “have beliefs or practices that malign or attack an entire class of people, typically for their immutable characteristics.” … SPLC has disseminated the Hate Map in fundraising efforts and in its reports, training programs, and other informational services…. SPLC designated Coral Ridge as a hate group because of its espousal of biblical views concerning human sexuality and marriage — that is, because of its religious beliefs on those topics.”

The filing told the justices that under its standards now prevailing, the lower courts were “not troubled the claim that petition being defamed solely for embracing biblical morality.”

The filing points out that the SPLC itself has avowed that its intention is to “completely destroy” groups it identifies by its “hate” label.