Supremes to rule on Becerra's demand for identities of charity donors 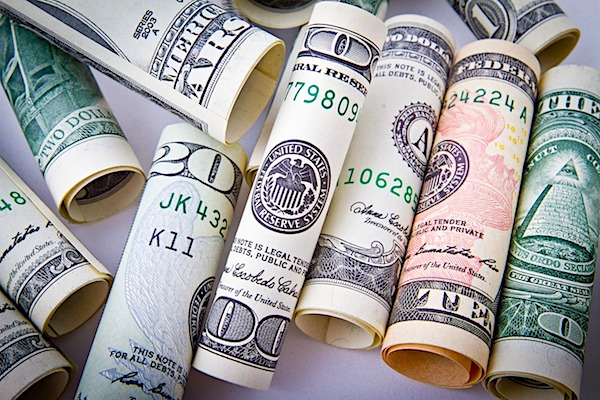 The U.S. Supreme Court is hearing arguments in a case challenging California’s requirement that tax-exempt groups disclose to the state the identity of their top finiancial donors.

Defending the requirement, which opponents claim is a free-speech violation that invites harassment, is the state’s attorney general, Xavier Becerra, who is President Biden’s nominee for secretary of Health and Human Services.

Becerra was sued by two conservative groups, Americans for Prosperity and the Thomas More Law Center.

“Every American should be free to support causes they believe in without fear of harassment or intimidation,” said John Bursch, a senior counsel for the Alliance for Freedom, who will argue the case before the Supreme Court.

In his opening brief, Bursch challenged ruling by the 9th Circuit Court of Appeals, the most often overturned federal appeals court in the country, that sided with the state.

The 9th Circuit reversed a district court’s decision following a trial, which found that the California attorney general’s office has no compelling need for the information.

“In addition,” wrote Bursch, “the office publicly exposed confidential donor information on the internet and created a perfect target for hackers by uploading thousands of confidential documents to the cloud, where they were easily discovered.”

The attorney argued that California “leaks confidential records like a sieve.”

“That makes mandatory disclosure of sensitive information especially dangerous for donors and employees of nonprofits like Thomas More Law Center, who have faced intimidation, death threats, hate mail, boycotts, and even an assassination attempt from people who don’t agree with them,” he said.

“Given that the California Attorney General’s office hardly ever uses supporter information for any purpose, there’s simply no justification for forcing charities to put themselves and their supporters at risk by forcing the disclosure of donor names and addresses.”

The Thomas More Law Center often litigates controversial issued, Bursch noted, such as pro-life buffer zones, disputes over Obamacare’s contraceptive mandate, and the defense of marriage as the union of a man and a woman.

“Those hostile to the law center’s work have made vulgar calls and sent vile communications to its staff,” the brief said. “An opponent even reported a law center attorney to the state bar association, simply for representing the mother of a student who was disciplined for saying that homosexuality was against his Catholic religion.”

The brief explained the efforts TMLC makes to keep information private. The group requires a confidentiality agreement from all employees and refuses to sell its donor lists.

“One law center client, Pamela Geller, was the subject of a fatwa and two assassination plots – one in Garland, Texas (shooting) and one in New York (beheading) – for her speech about radical Islamists,” the brief said. “Ideological opponents boasted of having 71 trained soldiers in 15 states prepared to kill her. And because the fatwa targeted not only Ms. Geller but anyone who supported her expression, that threat included the law center and its donors.”

Another time, a young girl was threatened with kidnap, torture and death for her religious beliefs. And Sally Kern, an Oklahoma state representative, received death threats and was “inundated with vulgar emails” for speaking publicly about groups promoting same-sex lifestyles.

Yet the California requirement would require nonprofits to release names and addresses of donors and store them in state database, which “leaks that data like a sieve.”

The brief noted that 60 years ago, the Supreme Court struck down “an indistinguishable demand” over the membership lists of the NAACP.

The district court concluded that a blanket-disclosure policy “creates risks to charitable organizations and their donors that chill First Amendment rights.”

Bursch wrote in a column for Real Clear Religion that the “unfortunate practices of doxxing — broadcasting private information about an individual for the purpose of inciting harassment and punishment” is a threat to donors.

“Not once has the attorney general given a convincing reason for collecting donors’ names and addresses en masse,” he wrote. “His office has effectively regulated charities for decades without that information. In 10 years, the attorney general only used donor lists in five out of 540 investigations. And even in those five, he could have obtained the same information through targeted subpoenas or audits, all without risking the massive disclosure of sensitive information from all registered charities.”

Bursch said the Supreme Court “has an important opportunity to right California’s wrong and reaffirm what we all know: government has no interest in regulating whom we associate with, especially when that involves the exercise of our religious freedom. California has no good reason to interfere.”