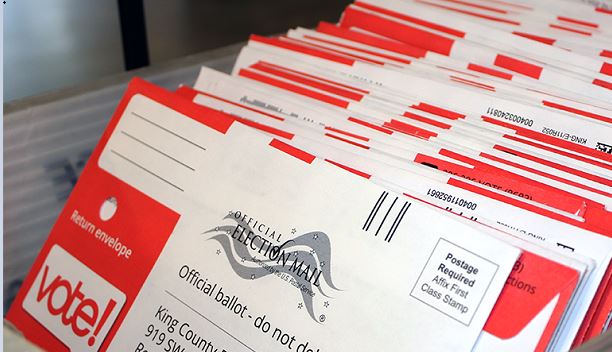 The U.S. Supreme Court will consider whether or not to accept several prominent several election lawsuits in February.

The Washington Examiner reported that among the cases are lawsuits filed by lawyers Lin Wood and Sidney Powell, and Republican Rep. Mike Kelly of Pennsylvania.

In January, the justices refused to fast-track any of the cases, rejecting the argument that they must be addressed prior to the inauguration to ensure Americans can be confident in future elections.

John Eastman, who recently was dismissed by the University of Colorado after he represented Trump, told the Examiner that the issues remain relevant “and in need of the court’s review.”

If the Supreme Court accepts any of the cases, arguments likely would not be heard until October.

The high court had refused to expedite challenges from Georgia, Michigan, Pennsylvania and Wisconsin.

In a commentary at WND, attorney Jonathan Moseley noted one case that the Supreme Court probably should have taken.

Brought by Texas and 17 other states, the Supreme Court threw it out on a technicality rather than address its merits. The complaint argued allegations of election fraud should be reviewed because a fraudulent result in one state impacted other states in an election with national implications.

The Supreme Court said Texas didn’t have standing to make a claim for review.

Moseley argued the problem with “standing” is that it was invented by the Supreme Court.

“It only really got going as late as the 1970s. The governing, landmark Lujan precedent dates back only to 1992,” he wrote.

“So, the Supreme Court dismissed the lawsuit by Texas by a 7-2 margin, stating: ‘The State of Texas’s motion for leave to file a bill of complaint is denied for lack of standing under Article III of the Constitution. Texas has not demonstrated a judicially cognizable interest in the manner in which another State conducts its elections.’”

Moseley pointed out Texas didn’t ask to dictate the “manner in which another state conducts its elections.” It asked only that all states follow the Constitution.

The Constitution gives authority to state legislatures to set up election processes. The problem is that in the 2020 election, state officials, governors, elections managers and others ignored state laws regarding mail-in ballots.

The Supreme Court in that case, Moseley explained, “threw all future elections into doubt.”

“This will go down as destructive as the Dred Scott decision that spurred us into the Civil War,” he said.

“In the Texas case, if the justices followed consistency and logic, they could have ordered that ballots received in violation of state law established by the state legislature are invalid, actually unconstitutional, and cannot be included in the tabulation of legitimate votes. That is, the Supreme Court could merely order that only the state legislature has the microphone and everyone else in the state must sit down and zip it.”