Supremes put police on notice about amount of force in arrests 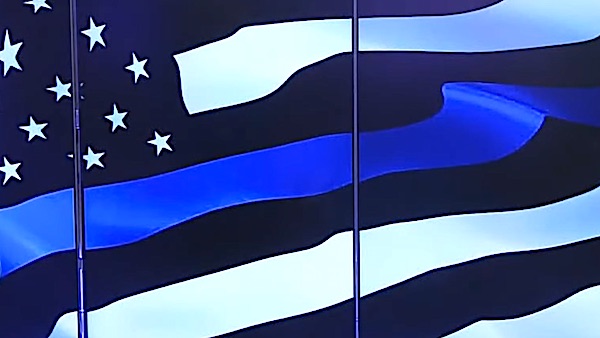 The U.S. Supreme Court, in an opinion released Monday in the case involving the arrest in St. Louis of Nicholas Gilbert and his subsequent death while in a prone restraint imposed by police officers, has put officers on notice about the procedure.

The issue has become a flash-point across America since the death a year ago in Minneapolis of George Floyd, who was placed in such a restraint on the ground and subsequently died.

One police officer, Derek Chauvin, has been convicted in that case and sentenced to 20-plus years in prison. Several other officers still face charges.

But the question of how much force to apply, and how to apply it, remains controversial today.

The Supreme Court said there are significant questions when officers apply such force that include whether the targeted person already is restrained with handcuffs or the like.

Further, what do law-enforcement protocols require.

And, the justices, in a per curiam order that returns the Gilbert case to the lower courts to “employ an inquiry that clearly attends to the facts and circumstances in answering those questions in the first instance, had a warning.

“Guidance further indicates that the struggles of a prone suspect may be due to oxygen deficiency, rather than a desire to disobey officers’ commands. Such evidence, when considered alongside the direction of the restraint and the fact that Gilbert was handcuffed and leg shackled at the time, may be pertinent to the relationship between the need for the use of force and the amount of force used, the security problem at issue, and the threat – to both Gilbert and others – reasonably perceived by the officers.”

The court explains Gilbert was arrested for trespassing and traffic ticket charges in 2015. He was jailed, and when an officer saw him tie a piece of clothing around the bars of his call and putting it around his neck, six officers went into his cell.

He struggled and the officers handcuffed him with his hands behind his back and put him in leg shackles. Then they put him in a prone position, face down, and held him down at the shoulders, biceps and legs, and “at least one other placed pressure on Gilbert’s back and torso.”

Gilbert complained, “It hurts. Stop,” and after about 15 minutes his breathing became abnormal and he stopped moving. The officers turned him over and found no pulse, and he was pronounced dead.

Gilbert’s parents sued, claiming excessive force, but the district court said the officers were immune and the 8th Circuit claimed there was no unconstitutional excessive force.

The high court ruling noted “St. Louis instructs its officers that pressing down on the back of a prone subject can cause suffocation,” and police procedures recommend officers get a subject off his stomach as soon as he is handcuffed “because of that risk.”

Such factors need to be addressed because they all contribute to the perception of what force is required against a prisoner, the court said.

Three of the court’s conservative justices said the proper action would not be to just return the case to the lower courts for further review, but to have the Supreme Court itself review the facts.

The dissent, by Justice Samuel Alito and joined by Clarence Thomas and Neil Gorsuch, said, “That is the course I would take … A decision by this court on the question presented here could be instructive.”

The dissent found: “Without carefully studying the record, I cannot be certain whether I would have agreed with the Eighth Circuit panel that summary judgment for the defendants was correct. The officers plainly had a reasonably basis for using some degree of force to restrain Gilbert so that he would not harm himself, and it appears that Gilbert, despite his slight stature [5’3″ and 160 pounds] put up a fierce and prolonged resistance. … On the other hand, the officers’ use of force inflicted serious injures, and the medical evidence on the cause of death was conflicting.”