Supreme question: Do apartment-dwellers have fewer rights than people in homes? 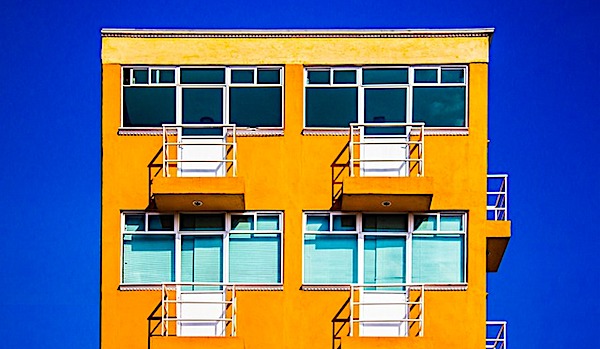 A suspect in a stabbing case is going to the U.S. Supreme Court with his fight because he says he was treated differently from a homeowner because he lived in apartment, a circumstance that would appear to support his claim there are two standards of justice for the two communities.

Officials at the Rutherford Institute filed a friend-of-the-court brief in support of the claims from Erich Sorenson.

The case started back in 2012 in Lowell, Massachusetts, while police were investigating a stabbing attack. The victim had been selling drugs.

“The victim could not identify the assailant, but a woman who claimed she was an addict and regularly purchased heroin from the victim told police that she and Erich Sorenson had schemed to rob the victim and that Sorenson had stabbed the man in the course of the robbery,” a report from the Institute explained.

The woman’s testimony was “riddled with inconsistencies,” but officers decided to arrest Sorenson anyway.

Officers knocked on his apartment door and asked him to come into the building hallway, where they arrested him.

During the arrest process he reportedly made a statement, and revealed he had a cut on his hand, both of which were used later at trial.

But he charged that using those details violated the Fourth Amendment protections, insisting that the warrantless arrest was in proximity to his apartment.

That’s important because residents who live in homes are protected in the area directly adjacent to their home, called the “curtilage.”

His defense counsel said an arrest there is unconstitutional.

Lower courts so far have rejected his claims.

But the Rutherford Institute’s brief notes that the law allows protections for residents of homes.

“Under such reasoning, a person’s dwelling should receive all the protections conferred by the Fourth Amendment whether it be an apartment or a house,” the institute explained.

“As James Otis recognized, ‘A man’s house is his castle.’ Whether that castle takes the form of an apartment, a humble hut, or a mansion is not the issue,” said constitutional attorney John W. Whitehead, president of The Rutherford Institute. “Privacy should not depend on your home’s square footage. The Fourth Amendment forcefield that protects against warrantless government invasions and surveillance does not discriminate.”

The Institute, whose interest in the case comes from its dedication to those “individuals whose civil liberties are threatened or infringed,” explained, “Because the area directly in front of Mr. Sorenson’s apartment would have been deemed his home’s curtilage at common law, it is entitled to the full protection the Fourth Amendment affords to the home – including the warrant requirement.”

“It does not matter that Mr. Sorenson shares the hallway with other tenants. Many common-law cases affirmed burglar convictions in shared spaces that were nevertheless deemed part of the dwelling, like a house used for banking, a factor, and a college kitchen. Courts did not care whether the area in question was shared or exclusive; what mattered was the area’s connection to the home and the dweller’s right to use or possess it as against the burglar.”

It said, “The hallway where Mr. Sorenson was arrested without a warrant would have been protected at common law as part of his home.”