Supreme Court lets cops use cameras to spy on private citizen, without warrant 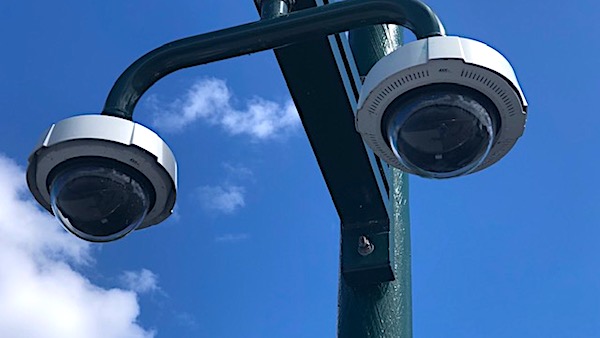 The U.S. Supreme Court has said, by its decision not to take up the argument, that it’s fine for police departments to mount multiple cameras to spy on a private citizens for more than a year – without a warrant.

That word comes from the Rutherford Institute, which had sounded off with the high court on the case Travis Tuggle v. U.S. The high court declined to take up the issue, leaving a lower court’s ruling that the police actions were fine standing.

“Unfortunately, we are steadily approaching a future where nothing is safe from the prying eyes of government,” said constitutional attorney John W. Whitehead, president of The Rutherford Institute and author of “Battlefield America: The War on the American People.” “As the Seventh Circuit Court of Appeals recognized, ‘Foreseeable expansion in technological capabilities and the pervasive use of ever-watching surveillance will reduce Americans’ anonymity, transforming what once seemed like science fiction into fact.’”

The non-decision by the Supreme Court let stand a ruling from a lower court that found there was no “search” in violation of the Fourth Amendment when police posted multiple hidden cameras to have extended, round-the-clock access to details about the private actions at the property in question.

The Rutherford Institute and the Cato Institute had filed an amicus brief in the case suggesting that without adequate safeguards in place, there would be no turning back from the kinds of intrusions “posed by such expansive, ever-watching surveillance technology capable of revealing intimate details of a person’s life.”

Jim Harper with TechLaw at the University of Arizona College of Law assisted The Rutherford Institute and the Cato Institute in advancing the Fourth Amendment privacy arguments in Tuggle.

The case developed as police in Illinois worked on a drug trafficking crackdown.

The suspect lived in a residential neighborhood with lightly traveled roads, which made physical surveillance difficult for officers. But, the report explained, the agents used live feeds from the three video cameras to monitor Tuggle’s activities and visitors in his yard and driveway, and stored the data on a server at the FBI’s office.

The cameras were equipped to be able to record at night, and could pan, zoom and tilt to take aim at whatever law enforcement agents wanted to see.

From the time of installing the first camera, agents surveilled Tuggle’s residence around the clock for over a year and a half without ever obtaining a search warrant to do so,” the institute reported.

While Tuggle eventually was charged and convicted on charges, he contested the validity of the warrantless video-surveillance as a violation of his Fourth Amendment rights.

The district court and 7th U.S. Circuit Court of Appeals came down on the side of the officers’ spying.

However, that opinion did warn about creating a “constellation of ubiquitous public and private cameras accessible to the government that catalog the movements and activities of all Americans.”

The Supreme Court simply decided not to consider the case.