Stimulus Cash Pales in Comparison to What Illegals are Getting 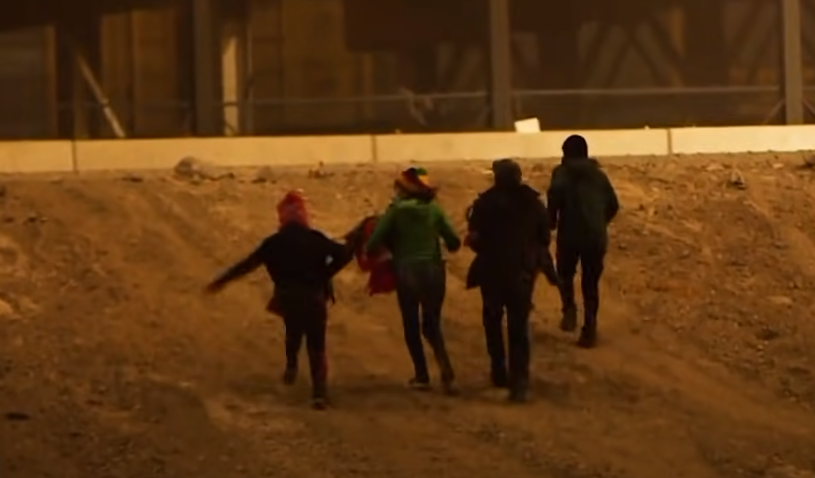 Illegal immigrants are each getting $71,000 to pay for housing over the next six months, according to Sen. Marsha Blackburn (R-Tenn.) That is about fifty times as much money as Americans are getting in Covid stimulus money this spring.  Taxpayers are spending $86.9 million to house about 1,200 illegal immigrant family members in hotel rooms. For a family of four, that amounts to a shocking $284,000—enough to buy a small house. Blackburn sent a letter this week to the Department of Homeland Security detailing her concerns about the $86.9 million contract for the Texas-based nonprofit Endeavors.

“I mean they could literally buy a low-end house for the price of six months in the hotel for a family,” explained Cuccinelli. “I’m not suggesting they should do that, but that’s the unbelievable extravagance they’re willing to go to, to keep this flowing to keep this going.”

Cuccinelli went on to say that the real reason the Biden administration isn’t calling the destruction of our southern border a crisis is because they view it as an opportunity. “They want large numbers of illegal aliens invading the country they view them as future voters.”

Americans for Limited Government President Rick Manning noted that the Left, which is always so focused on “equity” doesn’t seem bothered at all that U.S. taxpayers are getting pennies compared to what illegals are getting from the government.

“If you want to talk about equity, let’s look at how unfair this is,” Manning said. “While Americans are excited to get a little bump in the bank accounts this spring, they need to know it is chump change compared to what the Biden administration is spending on people who come across our borders illegally and have never contributed a dime to our system.”

In addition to the cost of housing illegal aliens, Sen. Blackburn is raising concerns about the Texas company awarded the nearly $87 million federal contract. Blackburn sent a letter to Department of Homeland Security Secretary Alejandro N. Mayorkas this week asking for answers about the high cost of housing the illegals and the company handling the contract.

“In 2018, the nonprofit brought in over $38 million in contributions and grants,” wrote Blackburn. “IRS filings show that nearly $22 million or almost half of those contributions went to salaries. This raises questions if half of the $86.9 million in ICE contract proceeds will likewise be allocated toward employee and executive compensation instead of migrant services or housing.”

Blackburn said it is unclear if Endeavors has the experience to manage a contract of this size.  “When Endeavors’ Chief Executive Officer Jon Allman was asked about specific details in the contract, he did not answer and instead deferred to ICE.  It is unclear whether his nonprofit has ever previously managed a contract of this magnitude, housed a migrant population of this size or served vulnerable children without putting them at further risk.”

Customs and Border Protection announced that the agency encountered 100,441 individuals in February, a 28% increase over January. Of those, 19,246 individuals were in family units, 9,457 were unaccompanied children and 71,598 were single adults.

But Cuccinelli warns that Mexican cartels are using human trafficking as a distraction from their more profitable venture – drug trafficking. He said while Border Patrol focuses on illegal aliens, they are not paying as close attention to the drugs being smuggled across the border.

He urges Americans to stay vigilant and continue to fight for border security.

“If you say you’re done on your border, you don’t have a country.”

This post, Stimulus Cash Pales in Comparison to What Illegals are Getting, was originally published on The Daily Torch and is republished here with permission. Please support their efforts.