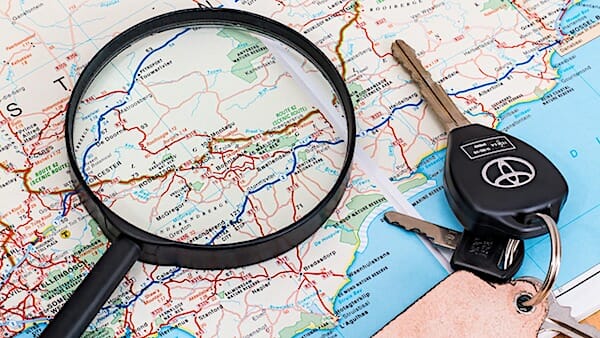 A state has retaliated against a private investigator for criticizing a police shooting that left two people dead by denying him a license, and now he’s taking his protest to the U.S. Supreme Court.

The Institute for Justice explained it is Joshua Gray, of Massachusetts, whose comments about a fatal police action drew the reaction from state officials in the Maine Department of Public Safety, who admitted the rejected his application for a license because of his criticism of the department’s employees.

“When the government retaliates against people because of their speech, it violates the First Amendment. That’s true whether the government is imposing a fine, withholding a parade permit, or denying an occupational license,” explained IJ Senior Attorney Paul Sherman.

The IJ explained, “Gray’s problems with the department began after he criticized the conduct of Maine police in the fatal shooting of 25-year-old Kadhar Bailey and 18-year-old Amber Fagre in February of 2017. Believing that the shooting could have been avoided had it not been for police recklessness, Gray expressed his criticisms on his Facebook page. But when Gray later applied for a license as a professional investigator in Maine, the Department denied Gray’s application on the ground that his online criticism contained factual errors, and therefore he lacked the ‘good moral character’ required for licensure.”

The IJ said some of Gray’s statements included mistakes, as information following a police shooting sometimes is inaccurate. For example he initially identified incorrectly the officer who shot Fagre.

But when the accurate information was available, Gray updated his comments, the IJ said.

“Police shootings are one of the most widely debated political issues today. If I had praised the Maine police for the shooting of Kadhar Bailey and Amber Fagre, they would have had no excuse for denying me a professional investigator’s license. They singled me out because I criticized them. That’s censorship, and it violates my First Amendment rights,” Gray said.

The Maine Supreme Judicial Court cited only those various mistakes in affirming the agency’s refusal to grant Gray a permit.

“If a police officer had sued Gray for defamation, he would have received greater First Amendment protection. If Gray had been fired from government employment because of his Facebook posts, he would have received greater First Amendment protection,” explained IJ lawyer John Wrench. “But because Gray was instead denied the right to work in the occupation of his choice, the Maine Supreme Judicial Court deferred to the Department of Public Safety’s decision to withhold a license from one of its vocal critics. That’s unconstitutional.”

The case follows in a series of First Amendment fights that, just a few years ago, included the decision in the National Institute of Family & Life Advocates v. Becerra case.

There, the Supreme Court rejected the idea that “professional speech” was entitled to reduced protection. In that case, the court held that government regulation of speech within occupations is subject to the same heightened First Amendment rules as other content-based burdens on speech, the IJ pointed out.

“Before NIFLA, lower courts for decades had treated occupational licensing boards as though the First Amendment simply didn’t apply to them,” said IJ lawyer Robert Johnson. “The Supreme Court rightly rejected that view. The decision of the Maine Supreme Judicial Court conflicts directly with that ruling. It is vital that the Supreme Court take up this case and reaffirm that there is no occupational licensing exception to the First Amendment.”

The IJ said the eventual result could have significant influence for other occupations that require licenses.

“There are today hundreds of licensed occupations that vary widely by state, most of which have ‘good moral character’ requirements,” the IJ explained. “At the same time, the growth of social media has made it easier than ever for licensing boards to deny licenses based on disagreement with an applicant’s political views.”