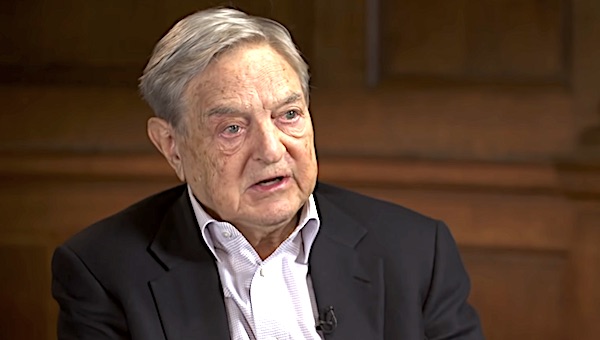 Throughout the Biden presidency, Americans have been deluged with alarming news reports of “Soros district attorneys” causing an explosion in violent crime in major U.S. cities, due to their radical “criminal justice reform” practices of emptying prisons and refusing to prosecute criminals. So, many will be alarmed to learn that, though not covered by most news reporting on Tuesday’s midterm elections, district attorneys funded by billionaire leftist George Soros swept elections in at least three states, Iowa, Maine and Texas.

According to an analysis by Fox News Digital, which conducted a search of campaign-finance databases to determine which DA candidates had been funded by Soros, a minimum of four Soros candidates prevailed on Tuesday.

As the Fox report revealed: “Soros’ district attorney operation involves his longtime treasurer, Whitney Tymas, establishing ‘pop-up’ political action committees in states where he targets the prosecutor races. Once set up, the financier injects money into the PACs, which tend to spend hundreds of thousands of dollars backing his preferred candidates. The PACs typically dissolve after the elections.”

Noting that some of Tymas committees are established on the city level, like the one in Philadelphia that has supported notorious District Attorney Larry Krasner, Fox noted that its investigation encompassed only state databases, which means there could be even more Soros DAs that will soon take office.

Beyond Philadelphia’s Krasner, other Soros-backed DAs that have dominated news reports in recent months include Kim Foxx in Chicago, Chesa Boudin in San Francisco, George Gascon in Los Angeles, Marilyn Mosby in Baltimore, and Kim Gardner in St. Louis.

One of the newcomer Soros prosecutors elected this week was Kimberly Graham in Iowa, who received more than $300,000 of Soros money to win her primary contest in Polk County. Up against GOP attorney Allan Richards this week, she won by almost 14 percentage points.

Soros also donated $300,000 to the Maine Justice & Public Safety PAC in May, reported Fox News Digital, money in turn directed to Jackie Sartoris, who prevailed over Cumberland County’s Democratic district attorney Jonathan Sahrbeck in last June’s primary. Since there was no GOP or independent candidate running against her in the general election, Sartoris easily won.

In addition to radical prosecutors, Soros also funds extensive efforts to “defund the police” – the other reason many cite for America’s explosion in violent crime and chaos. For example, his nonprofit Open Society Policy Center donated $500,000 to the effort last year to “dismantle” and replace the Minneapolis police department, an effort strongly supported by Minnesota Rep. Ilhan Omar.

As a result of these twin campaigns – “defunding the police” and installing radical pro-criminal prosecutors – violent crime and murder rates across America overall have soared 39% higher than before the COVID-19 pandemic. Murders hit historic highs in both 2020 and 2021.

Most Soros-backed DA candidates pledge to end cash bail, slash incarceration rates and stop prosecution of “low-level” crimes. Some habitually release repeat offenders back onto the streets to commit new crimes. Others refuse to cooperate with immigration authorities and seek lenient sentences for criminals who have committed serious offenses. However, in virtually every case, law-biding Americans are left to deal with the mayhem and disastrous consequences of Soros’ prosecutors’ brand of radical justice.

In a June 2022 report, the Law Enforcement Legal Defense Fund revealed that at least 40% of homicides and one-third of all violent and property crimes in 2021 occurred in jurisdictions overseen by Soros’ district attorneys.