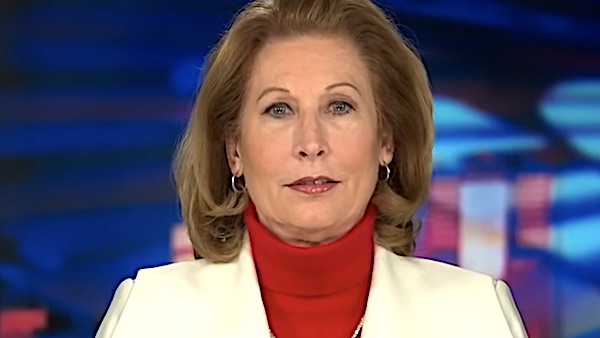 As if to put an exclamation point on a decision by the majority of the court to refuse to act on any allegations of fraud regarding the 2020 presidential race, the Supreme Court on Monday rejected, without comment, a few of the last remaining claims.

The court only a week ago had thrown out several similar cases and this week rejected two mandamus petitions from noted lawyer Sidney Powell, who has alleged a long list of fraudulent activities in the 2020 election.

She had promised, in the aftermath of the 2020 results that gave the victory to Joe Biden after some highly anomalous circumstances were noted – like dumps of hundreds of thousands of votes for Biden in the middle of the night after counting had been halted and then restarted – to deliver the “Kraken” lawsuit that would blow up the claims that the tally was legitimate.

Those claims, however, never made it past the decisions by multiple courts to reject her assertions on a wide range of procedural grounds. In fact, she clashed with a conservative talk-show host at one point who challenged her to show the evidence.

In Powell’s cases, In re Tyler Bowyer, et al and In Re William Feehan, the Supreme Court offered no comment, no explanation, no reasoning, stating only, “The petitions for writs of mandamus are denied.”

The cases had raised questions about the responsibility and rights of presidential electors, and whether they can challenge the results based on fraud and illegality of election actions.

The results, however, have not shaken Powel”s confidence that the election was tainted.

She said, during an interview on Erskine Radio, on iHeart Radio, that the 2020 results come after “a complete breakdown of every institution of law enforcement and rule of law we have trusted in this country.”

The reality, she charged, is that there is “more than enough evidence in the public now to more than reverse the election in at least five states.”

The Gateway Pundit reported she said: “There’s all kind of precedent for fixing what happened in this election from Bush vs. Gore to other cases as well… Fractionalized votes. That’s exactly what we have here from a computer algorithm that we can prove in multiple counties and it could prove across the country if anybody would issue an order allowing inspection of the machines.

“Federal law calls for election records to be kept for 22 months… In this case it requires forensic evaluations of the machines and looking at all of the paper ballots. We already know that’s not going to match up. There were counterfeit ballots. People were saying, ‘Oh, well they did a full audit in Georgia.’ Well, if you just keep running the same counterfeit bill through the same counting machine you’re going to get the same result,” she said.

She said she cannot explain how disappointed and upset she is that the courts have not reviewed the claims, the evidence, and made a judgment.

“It’s incomprehensible,” she said. “There is no rational explanation for not applying the law.”

There have been multiple allegations: huge stacks of ballots delivered and counted in the dark of the night, fractional votes that gave more weight to a Biden vote than a Trump vote, falsified ballots, and more.

Further, what is not even is dispute is that some state officials changed state laws – or told ballot counters to ignore them – in order to count mostly mail-in ballots, which were weighted heavily toward Biden.

Those actions were taken in direct opposition to state laws established by state legislatures, to which the Constitution grants exclusive authority to determine state election requirements.

Powell explained in the interview there more than 5,000 Americans who signed sworn affidavits as witnesses to election problems.

And she noted one state already had pulled 177,000 voters off voter rolls, because they were unqualified to be there. The margin of victory for Biden, in that state, she said, was less than that.

When Powell’s “Kraken” lawsuit, pending at the 11th Circuit Court of Appeals, was dropped, she said the actions would mean more if the judges had actually reviewed the facts. She also is being sued by voting machine company for challenging the accuracy of its operations.

“We have just an extraordinary volume of evidence that you wouldn’t even put in the complaint stage of a normal case,” she said at the time.

Powell, along with Trump’s former national security adviser Lt. Gen Michael Flynn, had her Twitter account permanently suspended, with the social-media giant citing “behavior that has the potential to lead to offline harm.”

Powell served in the Department of Justice for 10 years and for the last 20 years has devoted her private practice to federal appeals. She was the youngest assistant U.S attorney and later became chief of the appellate section for the Western and Northern Districts of Texas.

While her concerns have not been shared by specific judges, or the majority of the high court, three justices there said the fact that such suspicions have appeared in elections is a troubling sign.

Justices Clarence Thomas, Samuel Alito and Neil Gorsuch wanted to review last week’s cases, and Thomas warned of “catastrophic” consequences if the court doesn’t address the issue of authorities “changing the rules in the middle of the game.”

University of California at Irvine Professor Rick Hasen on his Election Law Blog wrote it’s “a ticking time bomb” that the Supreme Court “is going to have to resolve.”

Hasen wrote: “So why didn’t the court go further in this case? My guess is that it is either the fact that the case is moot (and the court would rather address the issue in the context of a live case, but with lower stakes) or because the Trump cases are somewhat radioactive at the court. Given former President Trump’s continued false statements that the election was stolen, the case would become a further vehicle to argue that the election results were illegitimate. It would thrust the court back in the spotlight on an issue the justices showed repeatedly they wanted to avoid.

“So the bottom line is that the independent state legislature doctrine hangs out there, as a ticking time bomb, waiting to go off in a future case,” he said.

Thomas said the Pennsylvania cases “provide us with an ideal opportunity to address just what authority non-legislative officials have to set election rules, and to do so well before the next election cycle.”

“The refusal to do so is inexplicable.”

He said there’s little dispute about the facts:

The Constitution gives to each state legislature authority to determine the ‘Manner’ of federal elections. … Yet both before and after the 2020 election, nonlegislative officials in various states took it upon themselves to set the rules instead. As a result, we received an unusually high number of petitions and emergency applications contesting those changes. The petitions here present a clear example. The Pennsylvania Legislature established an unambiguous deadline for receiving mail-in ballots: 8 p.m. on election day. Dissatisfied, the Pennsylvania Supreme Court extended that deadline by three days. The court also ordered officials to count ballots received by the new deadline even if there was no evidence—such as a postmark—that the ballots were mailed by election day. That decision to rewrite the rules seems to have affected too few ballots to change the outcome of any federal election. But that may not be the case in the future.

Alito, joining with Gorsuch in dissent, pointed out that lower courts are divided on the issue.

Thomas, in a separate opinion, noted that the Constitution gives each state legislature the authority to determine the “manner” of federal elections.

“Yet both before and after the 2020 election, nonlegislative officials in various States took it upon themselves to set the rules instead,” he wrote.

“This is not a prescription for confidence. Changing the rules in the middle of the game is bad enough. Such rule changes by officials who may lack authority to do so is even worse. When those changes alter election results, they can severely damage the electoral system on which our self-governance so heavily depends. If state officials have the authority they have claimed, we need to make it clear. If not, we need to put an end to this practice now before the consequences become catastrophic,” he said.