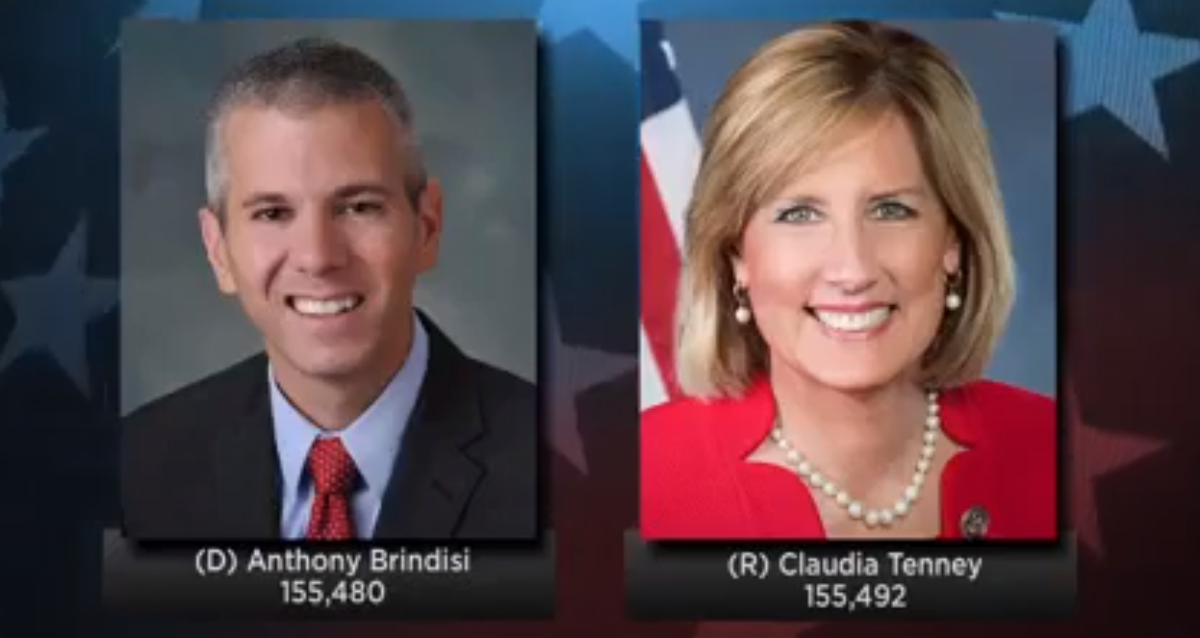 The shoe is on the other foot for a New York Democrat who refused to concede a close congressional race for more than three months, claiming “systemic violations of state and federal election law.”

Incumbent Democrat Anthony Brindisi this week finally conceded the race, but only after the State Supreme Court certified the election in favor of Republican challenger Claudia Tenney.

Tenney had a slim margin of just 109 votes. Brindisi alleged “countless errors and discrepancies” in the initial count made the results unreliable and had considered appealing the certification or possibly contesting the results directly to the House.

The only way Speaker Pelosi could have blocked Tenney from taking office would have been to validate the same theory Trump used to contest the presidential race – which Pelosi deemed as insurrection. Meanwhile Democrats had taken to Twitter demanding a hand recount because they think the voting machines were rigged.

According to Syracuse.com, Brindisi, a Utica Democrat, had been pursuing a legal appeal of a state Supreme Court ruling. Brindisi said in a statement that it was time to move on from the election and focus on uniting the nation and building a better community.

But he said he has deep concerns about a series of errors and other problems that surfaced as election officials in eight counties counted absentee and affidavit ballots following the Nov. 3 election.

“My one disappointment is that the court did not see fit to grant us a recount,” Brindisi said. “Sadly, we may never know how many legal voters were turned away at the polls or ballots not counted due to the ineptitude of the boards of election, especially in Oneida County.”

Among the errors uncovered during court proceedings over the past three months was Oneida County’s failure to process more than 2,400 applications from voters who properly registered via the Department of Motor Vehicles but were prevented from voting on Election Day.

“My hope is some authority steps in and investigates the massive disenfranchisement of voters that took place during this election,” Brindisi said.

The post Shoe is on the other foot for New York Democrat who claims election fraud appeared first on Daily Torch.

This post, Shoe is on the other foot for New York Democrat who claims election fraud, was originally published on The Daily Torch and is republished here with permission. Please support their efforts.

[VIDEO] Tucker Carlson Just Told All of Our Useless GOP Bums to Quit, and Go Work at Quiznos