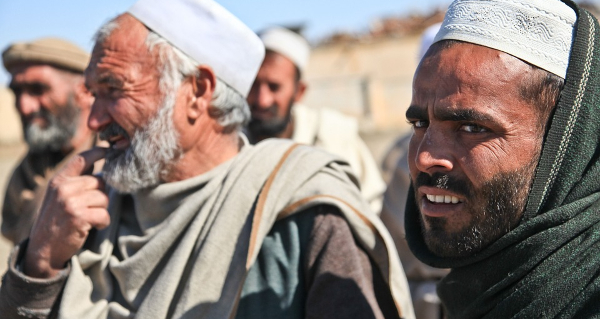 A former civilian adviser in Iraq and Afghanistan who was the senior adviser to the chairman of the Joint Chiefs of Staff reluctantly acknowledged that U.S. officials largely didn’t understand that the Taliban is popular among Afghans because of its adherence to Islam.

In a lengthy piece for Politico, Carter Malkasian, the author of “The American War in Afghanistan: A History,” thought Islam’s tie to the Taliban makes the religion look bad, insisting it preaches “unity, justice and peace,”
noted Islam expert Robert Spencer on his Jihad Watch website.

But Malkasian, Spencer wrote, “finds it difficult to escape the conclusion that the Taliban was and is popular among Afghans because of their loyalty to Islam.”

“This should have been an elementary fact that was known and studied by [joint chiefs chairman] and his advisers. It clearly wasn’t. And that’s part of the problem,” Spencer said.

In his July 6 piece for Politico, Malkasian said there’s no “single answer to why we lost the war,” but he highlighted his conversations with Taliban members, often in their native Pashto language.

A religious scholar from Kandahar, for example, told Malkasian in 2019: “The Taliban fight for belief, for janat (heaven) and ghazi (killing infidels)” while the Afghan army and police “fight for money.”

“The Taliban are willing to lose their head to fight,” the scholar said.

If American leaders and experts, including himself, would have better understood the religious and cultural dynamics of Afghanistan, Malkasian wrote, “the strategy could have been better managed to avoid expending resources on objectives that were unlikely to be attained.”

Malkasian recalled that a few months after returning home, he attended a discussion at the State Department with Michael McKinley, the U.S. ambassador to Afghanistan.

Amid a “lively debate about why the Taliban fight,” the ambassador interjected.

“Maybe I have read too much Hannah Arendt,” McKinley said, referring to the 20th-century philosopher who argued that human action was spurred by fears and past experiences, “but I do not think this is about money or jobs.

“The Taliban are fighting for something larger,” said the ambassador.

In a separate post, Spencer spotlighted a statement Monday by State Department spokesman Ned Price urging the Taliban to establish an “inclusive” government in Afghanistan.

“Here is yet more of the State Department’s abject idiocy and ethnocentrism,” Spencer wrote. “It has no idea that the Taliban operate on a value system entirely different from that of the secular West.”

Spencer said the “age of absurdity in which we live is truly impossible to parody.”

“I’d like to present Ned Price to you as a fictional embodiment of how silly and full of nonsense our State Department is. But he is all too real.”

The State Department joins the UN Security Council in calling for an “inclusive” government in Afghanistan: pic.twitter.com/TDsQecokfv

Honoring women’s rights within the norms of Islam

The Associated Press reported Wednesday the Taliban, as part of a “publicity blitz,” vowed to respect women’s rights, forgive those who fought them and ensure Afghanistan does not become a haven for terrorists.

But older generations, the AP said, “remember the Taliban’s previous rule, when they largely confined women to their homes, banned television and music, and held public executions.”

Months after the 9-11 attacks, orchestrated by al-Qaida from Afghanistan under the Taliban, a U.S.-led invasion drove the Taliban from power.

On Tuesday, Zabihullah Mujahid, promised at a news conference that the new Taliban government would honor womens rights, with a huge caveat — within the norms of Islamic law.

On Wednesday, Deputy Secretary of State Wendy Sherman told reporters the U.S. and the international community “will be vigilant in monitoring how any future government in Afghanistan ensures the rights and freedoms that women and girls in that country have come to expect.”

She had no clear answer, however, when asked what the U.S. will do if the Taliban does not abide.

“You start to understand how the space for women becomes smaller and smaller, how their rights become marginalized, how they ultimately become disenfranchised,” she said.

“You start to understand how the space for women becomes smaller and smaller, how their rights become marginalized, how they ultimately become disenfranchised.” pic.twitter.com/nXVSuThsZy

On Monday, Ward, CNN’s chief international correspondent, remarked that the Taliban seemed “friendly” despite their chants of “Death to America.”

But on Wednesday she reported two Taliban fighters “just came up with their pistols and they were ready to pistol whip” her producer.

CNN Monday: “They’re just chanting ‘Death to America,’ but they seem friendly at the same time.”

CNN Today: “Our producer…was taking some video on his iPhone. Two Taliban fighters just came up with their pistols and they were ready to pistol whip him.” pic.twitter.com/MkyUQZOaXR

There were from 10,000 to 40,000 Americans still trapped inside the country on Wednesday as the Taliban attacked people lined up at the Kabul airport. Taliban members, meanwhile, were reported to be searching homes in the Shahr-e-Naw area of Kabul for U.S. “collaborators” and taking them to an unknown location.

Today Wednesday August 17, in #Kabul, contrary to the claims of #Taliban leaders, their forces were inspecting people’s homes; at Shahr-e-Naw area of ​​Kabul. The detainees were taken to an unknown location. #Afganistan pic.twitter.com/Tf8rSRZDol

Hello world….
Watch what happened actually in #Kabul . This is human tragedy. The #Talibans take people out of there house.

“One of the was Hashem Rigwal, former police chief in Takht-e-Pul district. A hero who didn’t stop fighting terrorism until he was captured.”

#BREAKING: On request of #US Military Forces in #Kabul airport, #Taliban has started brutally dispersing people who have gathered around the airport to leave #Afghanistan. Many of them are on the evacuation list and should be evacuated over cooperating with #ISAF! pic.twitter.com/SK4glqz12M

Journalist Hizbullah Khan reported the Taliban are punishing a journalist that worked with foreign media in Jalalabad.

The Taliban are punishing the journalist that worked with foreign media in Jalalabad.#Kabul. pic.twitter.com/hzND30Zhgj

“I would just again implore those who made these moves in recent days to acknowledge what the international community has called for – human rights and the safety of their people,” she said.

“What we want to see is women and girls being able to access work and education. These are things that have traditionally not been available to them where there has been governance by Taliban.”

Spencer commented Wednesday that the leaders’ “self-importance and lack of understanding about the jihad are worthy of the utmost derision.”

Mollie Hemingway, senior editor of The Federalist, spotlighted a “White House Joint Statement on the Situation of Women and Girls in Afghanistan,” co-signed by a number of nations.

It calls on those in power in Afghanistan to guarantee the protection of the rights of women and girls to education work and freedom of movement, warning that the nations will be “monitoring” the situation.

Hemingway compared the statement to a scene from the iconic “Team America” movie, posting a meme in which a U.N. official warns a terrorist nation that continued to violate international demands:  “We will be very, very angry! And we will write a letter telling you how angry we are!”

A Taliban spokesman has declared the U.S. must complete withdrawal of troops from Afghanistan by Sept. 11.

Taliban spokesperson Suhail Shaheen says the US should “withdraw all their forces” by 11 September, but adds “we are committed not to attack them”

Read the latest on the situation in Afghanistan here: https://t.co/qPs0VmYVd5 pic.twitter.com/5NX1MrqzXg

‘They melted his DoD ID into his chest’

Fox News reported Wednesday a woman in Takhar province, in the northeast near Tajikistan, was shot to death by Taliban after she was spotted walking in the street without a burqa.

A photo showed the woman lying in a pool of blood, surrounded by family members, was posted on Twitter.

Joe Lonsdale, who works on policy at the Cicero Institute, cited on Twitter a note from a friend.

“An Afghani interpreter I have come to know well over the years was hung in the streets last night. They melted his DoD ID into his chest. Cut off his arms. And killed his family,” the friend said.

“His 10 year old daughter was spared and handed off to leadership.”

At the Kabul airport, Afghan girls begged American troops to let them leave the country:

Video at the north gate of Hamid Karzai Airport from an American trying to access the aiport:

NEW, video of the North Gate at #hkia via colleague @alanacbs from Americans trying to access the airport. pic.twitter.com/VX3WjHUZ1H

At least three people were killed Wednesday in the eastern city of Jalalabad when Taliban militants opened fire at a protest against the removal of the Afghan national flag. The violent response followed reports of executions and forced marriages in parts of Afghanistan previously seized by the Taliban.

Taliban spokesman Suhail Shaheen insisted the perpetrators are “not Taliban,” but images and video of the Taliban violently breaking up public dissent undermine that claim.