Senate warned about turning itself into 'kangaroo court' 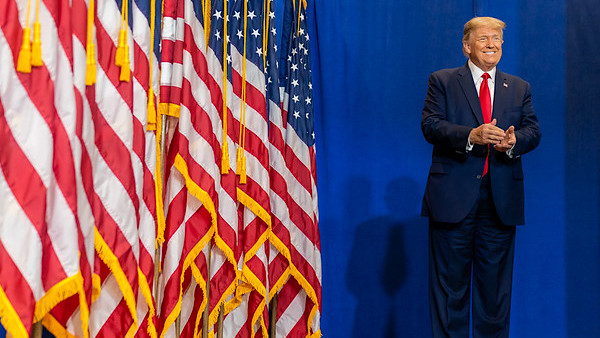 A team of top-flight legal experts, the lawyers at the American Center for Law and Justice, have delivered to the government a document urging the Senate to reject Democrats’ demands for an impeachment trial for former President Donald Trump as quickly as possible.

Or risk turning itself into a “kangaroo court.”

Democrats in the Senate are demanding a trial on one count of inciting insurrection against Trump. Rep. Nancy Pelosi, D-Calif., brought the claim and allowed the House to debate it briefly, without witnesses or evidence, before adopting it.

Then, without any evidence to back the charge, she sent it to the Senate, where Democrats are demanding a trial, because they want to “remove” Trump from an office he no longer holds.

Under such a precedent, a future GOP House and Senate could impeach and “remove” a Barack Obama, or Bill Clinton.

The facts are that even Democrat experts have affirmed that Trump’s speech on January 6, the same day rioters broke into the Capitol and vandalized it, was protected by the First Amendment. And evidence shows the violence was planned weeks ahead of time, and Trump’s speech had no impact on those plans.

The ACLJ said its legal analysis explains why what the Democrats are doing is unconstitutional.

“There is nothing in the Constitution that provides for this, and in fact, several sections of the Constitution would preclude this trial from taking place. Yet, the radical Left – including Senate Majority Leader Chuck Schumer and House Impeachment Managers like Representatives Eric Swalwell (the subject of our recent FOIA lawsuit regarding his connection to a Chinese spy), Ted Lieu, and lead Manager Jamie Raskin – are willfully ignoring the Constitution itself in pursuit of a political show trial,” the organization reported.

“It’s a charade that threatens to turn the world’s greatest deliberative body – the United States Senate – into nothing better than a kangaroo court,” the organization said.

The issues included that the chief justice of the Supreme Court is not participating, even though that is required by the Constitution. The Democrats have decided one of their own, a senator who has promoted the impeachment of the president, should be the presiding officer.

Further, the Constitution allows for the impeach of a president, not a former president.

And, “You can’t impeach a private citizen – legally, that’s an unconstitutional ‘bill of attainder,’” the ACLJ reported.

The document delivered to the government warned, “The accused is not the president. The text of the United States Constitution therefore does not vest the Senate with the power to try a private citizen and remove him (a factual nullity) or disqualify him (a legal nullity) as if he was ‘the president.’

“The primary and, in fact, the only required remedy of a conviction is removal. Justice [Antonin] Scalia put it thusly during the oral argument of the Judge Nixon case: ‘I assume the removal is automatic. The Senate doesn’t do the removal. It occurs by virtue of the Constitution.’ Solicitor General Kenneth Starr agreed: ‘I think that is right, because the judgment is what removes.‘ If removal is automatic, by virtue of the Constitution itself, a trial where that removal cannot occur is not a trial grounded in the constitutional framework,’” the organization explained.

Democrats, in fact, have admitted that they want to adopt a special provision banning Trump from ever running for office again, based on their fear of what would happen to a 2024 presidential race if their candidate faced a candidate Trump again.

And, the legal analysis explains, while the British form of government provided for late impeachment, and some states adopted that, the Constitution specifically did not include that procedure.

“The Framers were aware of the practice and, unlike the states that expressly allowed it, they chose not to accept late impeachment.”

Already, in a preliminary vote, 45 senators have indicated they see no reason for a trial, meaning the Democrats promoting impeachment are not likely to gain the 17 Republican votes that would be required, in addition to their own 50 votes, to accomplish a conviction.

Other problems the organization cited: Then-President Trump was not afford due process during Pelosi’s hastily assembled “snap” impeachment process.

“The Senate only has jurisdiction over the sitting president, and then only to address questions of potential removal and disqualification, remedies which only apply to a current officeholder,” the brief explains. “The fact that the Senate lacks the constitutional jurisdiction to try this impeachment against a private United States citizen is further evidenced by the very fact that the chief justice of the United States has refused to preside. The maneuvering that occurred in the House was unprecedented and unconstitutional.”

While the document was directed to the Senate, the organization also wants the public to see it.

“We also believe that every American should understand not only the unconstitutionality of this trial but also the implications for the future of our democratic republic.”