Secrets of Sodom and Gomorrah unearthed, including pillar of salt 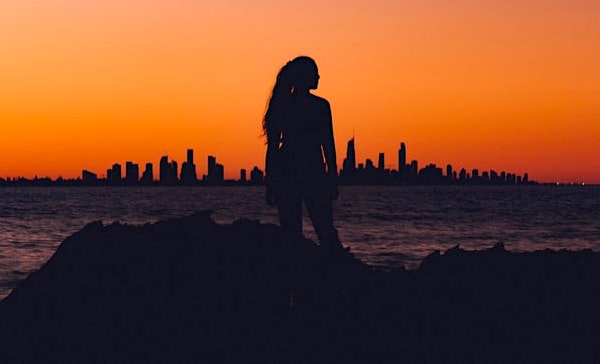 Just days ago, Christian Today ran a news article with its headline splashing, “The scientific meltdown over a controversial discovery of ‘biblical Sodom,’” as it probed the possibility the infamous biblical city destroyed by God for its wickedness was, in fact, discovered by archaeologists in Israel.

“What everyone agrees on is that something unusual happened at Tall el-Hammam, an ancient settlement near the Dead Sea,” the report noted.

“In a layer of ancient earth, archaeologists claim to have found evidence of an apocalyptic event: Melted rooftops. Disintegrated pottery. Unusual patterns in the rock formations that can be associated with intense heat.”

Now, an author opening people’s eyes to the hidden content of the Bible says the entire story of the destruction of Sodom and Gomorrah is actually a real-life parable broadcasting much more than the historical event.

“Yes, the divine demolition of these ancient cities actually took place, but when we dig just a little deeper in Scripture, there are astonishing messages being broadcast on an additional level for us today,” says Joe Kovacs, author of the brand-new book, “Reaching God Speed: Unlocking the Secret Broadcast Revealing the Mystery of Everything.”

Kovacs says the first key to unlocking the mysterious messages is to understand the meanings of the place names.

“The word ‘Sodom‘ can mean ‘burning,’ ‘flaming’ or even ‘their assembly,’” he explains. The word ‘Gomorrah‘ can mean ‘tyrannical dealings,’ ‘people of fear,’ and ‘people who shoot arrows.’

“All of these definitions hold true as both of these words directly represent this evil world of the flesh in which we all dwell right now. We live in a large assembly of fearful people who often act like tyrants toward each other, firing all sorts of arrows in the form of harmful words and actions at each other. It’s the place where fierce heat and pressure are put on all of us, and those who don’t repent and keep engaging in such wickedness will end up in a flaming place the Bible calls Gehenna fire, also known as the second death.” 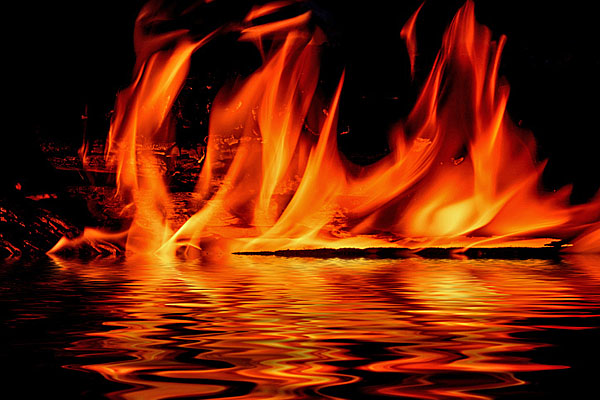 Genesis 18:20 specifically mentions how wicked the activities of these cities had become, both then and now: “Then the LORD said, ‘The outcry against Sodom and Gomorrah is immense, and their sin is extremely serious.’”

The New Testament notes that God “reduced the cities of Sodom and Gomorrah to ashes and condemned them to extinction, making them an example of what is coming to the ungodly” (2 Peter 2:6 CSB).

“Likewise, Sodom and Gomorrah and the surrounding towns committed sexual immorality and perversions, and serve as an example by undergoing the punishment of eternal fire” (Jude 1:7 CSB).

“Thus,” says Kovacs, “Sodom and Gomorrah, on the Spirit or parable level, represent the world, both the ancient evil world and today’s wicked world.”

After the citizens of Sodom tried to sexually assault two angels of God who were appearing in the form of men, the angels pressed Abraham’s nephew, Lot, to remove his loved ones from the city. The angels urged:

“So Lot went out and spoke to his sons-in-law, who had married his daughters, and said, ‘Get up, get out of this place; for the LORD will destroy this city!’ But to his sons-in-law he seemed to be joking” (Genesis 19:14 NKJV).

“While millions of people can picture this event on the physical level,” says Kovacs, “it’s a bit more challenging to grasp what’s being said on the Spirit level. We should always remember that God is often ‘declaring the end from the beginning’ (Isaiah 46:10 KJV), telling us the conclusion of the story right from the start.

“So when we open our ears to hear, when God tells people to GET UP, it suggests arising, as in resurrection. The New Testament has numerous examples of this, including Jesus saying to an apparently dead girl, ‘Little girl, I say to you, GET UP‘. Immediately the girl GOT UP and began to walk (Mark 5:41-42 CSB).

“When God says to GET OUT OF THIS PLACE, He is telling us to repent of our sins so we can literally get out of this place, out of this flesh and become an immortal child of God, no longer bound by the flesh. It’s the same metaphoric message voiced by the 1960s’ rock group The Animals in their smash song, ‘We Gotta Get Out of This Place,’ because getting out of our physical bodies of flesh will indeed be the last thing we ever do in our current form.

“And, just like Lot’s sons-in law, most people think it’s a big joke to get out of the things of the world.”

The climax of the story arrives with the complete destruction of the cities, with God raining fire and brimstone from heaven.

“And he overthrew those cities, and all the plain, and all the inhabitants of the cities, and that which grew upon the ground. But his wife looked back from behind him, and she became a pillar of salt” (Genesis 19:25-26 KJV).

Kovacs explains: “This is not just the destruction of the ancient cities and their inhabitants. God is forecasting the end of the story when Jesus will eventually return and overthrow all the human governments on the planet.”

But what about the wife turning into a pillar of salt?

“Again this is a prophecy for the future, in addition to the actual event in the past,” the author notes.

“‘His wife’ in the story, on the parable level, actually represents humanity, as Scripture mentions ‘the marriage of the Lamb has come, and His wife has made herself ready’ (Revelation 19:7 NKJV). God is in a marriage relationship with human beings.

“But ‘his wife’ who is looking back toward Sodom represents all those people looking back and longing for all the evil things in this physical world. They end up dead in the infamous second death.

“If you wonder why the phrase ‘pillar of salt’ is used, consider this: When we look at ourselves in a mirror, we actually resemble pillars.

“People are even called pillars of society. So a pillar is merely a metaphor for any person. And while Jesus called His disciples in the New Testament the salt of the earth, He also noted that there can be salt that’s completely useless, explaining: ‘But what good is salt if it has lost its flavor? Can you make it salty again? It will be thrown out and trampled underfoot as worthless’ (Matthew 5:13 NLT). This is precisely the meaning of the wife turning into a pillar of salt in Sodom. It represents any and all of us who don’t desire to get out of this place, the flesh, and instead long for the evil things in this scorching realm of the walking dead in which we already exist right now. If we don’t repent, we’re thrown out as worthless pillars of salt.”

(Note: ‘Reaching God Speed’ is now an audiobook! Also, due to extraordinary demand, Amazon has temporarily sold out of hardcover editions of this book, but paperbacks are still available. The publisher is reprinting hardcovers at this time. Meanwhile, hardcover versions may still be available through other booksellers, including Barnes & Noble, Books-A-Million, and ConservativeReaders.)

The book rocketed to the #1 position in several Amazon categories both before and since its official release.

Is vicious attack on Bible hero a violent assault against God?

‘You can’t unsee it!’: Mind-blowing double and triple meaning in 1 resurrection verse