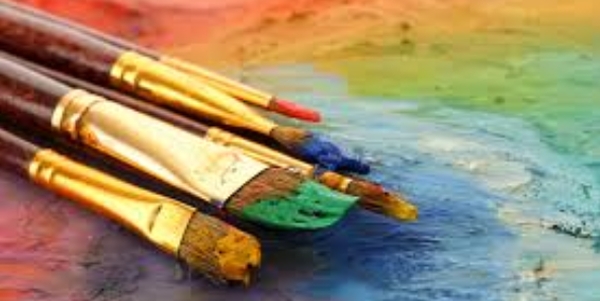 Peter Schweizer, chief of the Governmental Accountability Institute and author of the best-selling books “Profiles in Corruption,” “Secret Empires” and “Clinton Cash,” is demanding to know why Congress is not investigating a “scam” by Hunter Biden to channel money into his family’s coffers.

Schweizer raised the questions in a column at the Gatestone Institute, where he is a distinguished senior fellow.

Schweizer explained that financial manipulation has been going on in the Biden family for some time already.

“My investigative team at the Government Accountability Institute has the 30,000 emails contained on Hunter Biden’s laptop, and the corroborating email records that establish their authenticity. We have been going through these emails by hand and have identified concrete examples of Hunter Biden paying bills for his father while the latter was Vice President. As I said on Maria Bartiromo’s Fox News program recently, that is illegal,” he noted.

He noted the financial trails have been followed before to Democrats.

“We at GAI have seen this kind of thing before. The story of the Clinton Foundation that we broke in 2015 was full of this kind of ‘bank-shot’ influence-peddling and corruption. Companies seeking to influence Hillary Clinton while she was Secretary of State under President Barack Obama were, inexplicably, suddenly donating enormous sums of money to her family’s charity. We were able to identify the donors and their real interests through tax and corporate records, even as the Clinton Foundation itself would not reveal all of its donors. We could, as investigative journalists, corroborate the coincidences through public records with a lot of digging.”

He said such tracking likely can’t happen with Hunter Biden’s artwork, to be sold through dealer Hunter’s new art dealer, Georges Bergès, “especially if the purchasers are foreign interests from countries where tax laws are not so rigorous. Bergès himself has said he is eager to expand his business into the Chinese market. Who will know if China’s art-loving billionaires, all connected deeply to the Communist Party and in some cases to the Chinese military, are Hunter’s benefactors? Are we really supposed to believe that the anonymity of the buyers will remain a tight secret, and that Chinese government-connected buyers will not somehow let the Bidens know they are Hunter’s newest and biggest fans?”

He pointed out a Senate Homeland Security and Government Oversight committee report last year called the art market as the “largest legal, unregulated market in the United States” – and a significant weakness in the nation’s sanctions and anti-money laundering regimes.

“Why is this not being scrutinized?” Schweizer wrote. “The ranking member of the House Oversight Committee, Rep. James Comer, R-Ky., has sent letters to Bergès demanding the complete documentation of transactions involving Hunter’s art sales. Comer is unlikely to get it: only the Democrat majority on the committee can authorize subpoenas to compel those records. As the Wall Street Journal noted in a recent editorial, the committee’s chairwoman, Rep. Carolyn Maloney, D-N,Y., seems uninterested in doing so.

“Why are they failing to scrutinize what is so obviously a back-door scheme to funnel money to the president’s son from foreign sources? Every American who cares about transparency in government should be outraged.”

The author cited other “scams” involving Hunter Biden and lots of money.

“First, it was his being named, with no expertise whatsoever in either Ukraine or the oil and gas business, to the board of directors of Burisma, a Ukrainian oil and gas company under investigation for fraud. Then it was the deluxe payday in 2012 for his Rosemont-Seneca real estate investment partnership, which was bankrolled to the tune of more than $1.5 billion by Chinese investors with close ties to the Chinese Communist Party. Hunter had little or no experience in private equity, either, but he had just arrived in Beijing aboard Air Force Two with his father the Vice President, just two weeks before that enormous deal was announced.”

Joe Biden also has shown a willingness to intervene in his son’s activities.

He met, as vice president for Barack Obama, with Ukrainian officials at a time that Burisma was under investigation for corruption, and he returned home to brag about how he threatened the nation with withholding $1 billion in American aid if they didn’t get rid of the prosecutor.

A French website reported the prosecutor, Victor Shokin, later filed a criminal complaint naming Joe Biden and accusing him of committing a “criminal offense” in his campaign to get Shokin fired.

Columnist Byron York, at the time, explained why the stories about Hunter Biden’s dealings are so important: