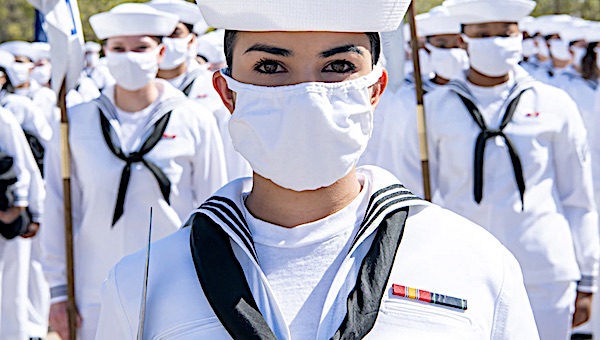 There have been a multitude of lawsuits over the last year over various governmental orders to churches and faith organizations to simply shut down during the COVID -19 pandemic. Many have been resolved in favor of the churches’ First Amendment rights, while a few remain pending.

But one fight in California, a state that was especially aggressive in targeting churches and limiting their rights, has moved to a new level: a county lawyer is being named as a defendant for retaliating against a church.

A report from Advocates for Faith & Freedom reveals a federal judge has approved adding a lawyer for the Santa Clara County, California, government as a defendant in a lawsuit over the government’s attack on Christian churches during the COVID pandemic.

It’s because County Counsel James Williams, during the fight over the county’s orders to shut down the church, allegedly retaliated against the church for refusing to submit.

Advocates for Faith & Freedom, which is representing the church, explained Williams retaliated against the church’s refusal to give up its constitutional rights and contacted its bank, making allegations about the church’s actions, status and fines.

“In December 2020 and January 2021, Mr. Williams sent threatening letters to Calvary’s lender, informing the bank that the church had been held in contempt and fined over $1 million for violating COVID-19 orders. The church’s bank sent a Notice of Default for noncompliance with governmental regulations and nonpayment of fines, and only withdrew the default notice after it learned the church was contesting the fines,” the legal team explained.

And Williams’ letters had omitted the information about the fines and penalties being challenged, the lawyers said.

The action now charges that Williams unlawfully retaliated against the church in violation of the First Amendment.

“Pastor [Mike] McClure is the poster child of COVID-19 abuse. Not only has Santa Clara County fined the church over 2.8 million dollars for violating arbitrary COVID-19 orders, but they have also sought to hold the church and McClure in contempt twice, and then sent threatening letters to the church’s bank. This is government abuse at its finest,” explained Mariah Gondeiro, an attorney for Advocates for Faith & Freedom.

The legal team charged that there was “no legitimate basis for Mr. Williams to send the letters. He sent the letters to put pressure on Pastor McClure and Calvary to drop their lawsuit, pay the fines, and comply with the COVID-19 orders.”

The lawsuit now alleges Williams’ actions constitute unlawful retaliation which violates the First Amendment and the pastor and church are seeking punitive damages.

It points out that the officials essentially ordered “all Santa Clara County residents under house arrest unless they left to do something the county had deemed ‘essential’” during the pandemic that came out of a Chinese research lab working on deadly viruses – with funding from American taxpayers.

The orders relied on “vague” health code language and actually triggered the move to lock down other parts of California – and then America.

The local officials continued their campaign even though “the United States Supreme Court admonished California and Santa Clara County government officials that the COVID restrictions placed upon churches violated the First Amendment,” the complaint explains.

It charges that at Williams’ urging, the county “ignored the Supreme Court’s rulings and continued singling out churches and church officials,” and, in fact, he “sent threatening letters to Plaintiff Calvary Chapel San Jose’s bank, causing the bank to temporarily sever ties with CCSJ and forcing CCSJ to make several accelerated payments to avoid a default on its mortgage.”

The complaints charges that state and county officials treated churches much more harshly than they treated other organizations and groups, in defiance of constitutional requirements.

In fact the fines of $3.5 million levied against the churches violate the Eight Amendment, the case charges, and both the county and state have made claims they can issue similar shutdown orders in the future if they choose.

Since not a single case of COVID-19 has been traced to the churches’ events, “The fines serve just one purpose: to punish plaintiffs for standing up to the county’s arbitrary and unlawful orders and to pressure others to pay their own fines instead of challenging the orders,” the complaint states. “The Constitution forbids such actions.”