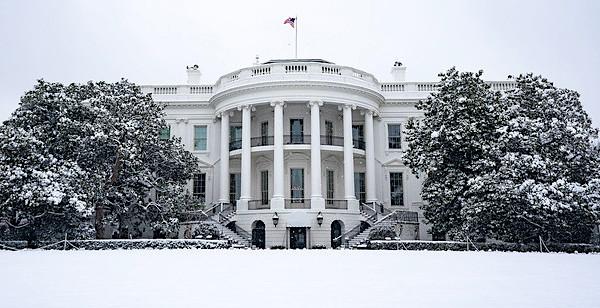 The White House wants reporters is asking reporters to disclose their questions in advance of press briefings, according to a report.

The issue was raised during a meeting of the White House Correspondents Association when, according to sources, “leaders at the meeting advised print reporters to push back against requests by the White House press team to learn of questions in advance, or simply to not respond to the Biden team’s inquiries.”

“While it’s a relief to see briefings return, particularly with a commitment to factual information, the press can’t really do its job in the briefing room if the White House is picking and choosing the questions they want,” one White House correspondent said, the Daily Beast reported. “That’s not really a free press at all.”

Former President Trump regularly described establishment media as “fake news” as it advances narratives that have been debunked, such as Trump-Russia collusion.

CNN’s White House correspondent, Jim Acosta, openly called Trump a liar during briefings. At one briefing, Acosta refused to give up the microphone so he could continue a diatribe against the president.

“The reason Sarah Sanders does not go to the ‘podium’ much anymore is that the press covers her so rudely & inaccurately, in particular certain members of the press. I told her not to bother, the word gets out anyway! Most will never cover us fairly & hence, the term, Fake News!” Trump said at the time.

A spokesman for the WHCA said at the time that not having briefings “sets a terrible precedent.”

The Daily Beast said the Biden administration’s requests for question topics “prompted concerns among the White House press corps, whose members, like many reporters, are sensitive to the perception that they are coordinating with political communications staffers.”

Psaki repeatedly has injected snide remarks about the Trump administration during her briefings. She’s boasted of providing “accurate” information, in contrast to the previous administration. She’s touted the Biden administration’s overturning of Trump’s “Muslim ban.” Howver, the derogatory term is inaccurate because Trump’s ban didn’t prevent Muslims from entering the country. It merely restricted people, regardless of their beliefs, from terrorism-plagued countries that lack an adequate vetting system.

The Daily Beast said: “Biden’s press team did not deny that staffers had solicited questions from reporters. But the White House contended that it has tried to foster a better relationship with the press corps than the previous administration, and has tried to reach out to reporters directly in order to avoid appearing to dodge questions during briefings.”

However, knowing topics in advance could allow a press secretary to avoid calling on a reporter with an unwanted topic.

The report explained that previous administrations would ask reporters for information at times.

The report noted: “Psaki’s tenure thus far has received positive reviews from many media outlets. The Washington Post told readers to get ready for a ‘reality-grounded’ press briefings, which Forbes has already described as ‘must-see TV.’ The New York Times said she had extended an ‘olive branch’ to reporters during her first briefing, which Vox described as a ‘breath of fresh air.’”

It’s the same media, however, that once asked then-candidate Biden to name his favorite flavor of ice cream.