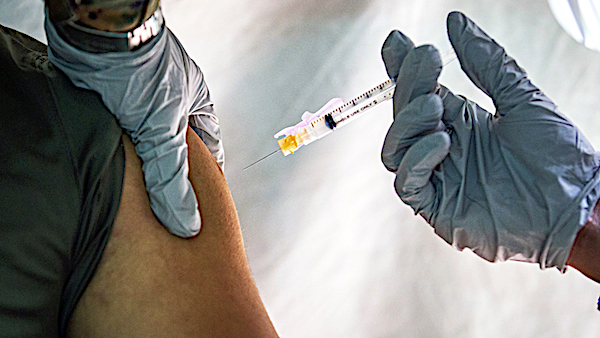 The government’s Vaccine Adverse Event Reporting System, or VAERS, contains voluntary, unverified reports of adverse events following immunization with U.S.-licensed vaccines. But it’s estimated that only between 1% and 10% of the adverse events that occur are reported to VAERS.

The Gateway Pundit noted VAERS reported 2,043 vaccine deaths in the week prior to July 7 compared to 1,505 COVID-19 deaths.

A Morning Consult poll released earlier this month, Breitbart News reported, showed 49% of Americans who are “vaccine hesitant” cite safety concerns and a lack of trust in vaccines that were developed in one year while the process normally takes 10 to 15 years.

One respondent to the survey said, “The fact that they’re offering money to take, tells me that something is wrong.”

Another chose not to be vaccinated because of “the way the media and government are pushing it.”

On Monday, the Washington Post reported the FDA is preparing to announce a new warning for the Johnson & Johnson coronavirus vaccine because it has been linked to a serious but rare side effect called Guillain-Barré syndrome.

About 100 preliminary reports have been registered of Guillain-Barré after the administration of 12.8 million doses of the Johnson & Johnson vaccine in the United States, the Centers for Disease Control and Prevention said in a statement Monday.

Guillain-Barré is described as a syndrome in which the immune system attacks the nerves. Most of the cases have been reported in men, many aged 50 and older, about two weeks after vaccination.