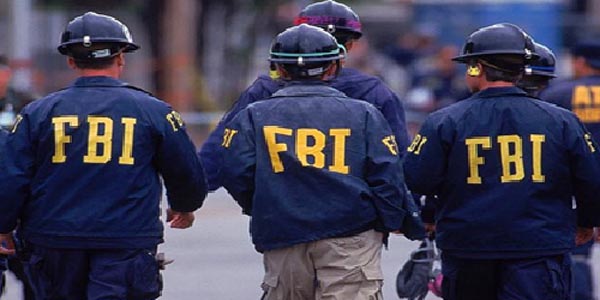 A new report, released just days before the 2022 midterm elections, documents the “politicized bureaucracy” of the FBI and the Department of Justice, which are supposed to be nonpartisan in their investigations and prosecutions.

American voters have seen the evidence of that already, when the FBI colluded with Democrats to fabricate the now-debunked “Russiagate” conspiracy theory against President Trump.

That featured some key FBI personnel openly boasting to each other that they would not let Trump become president. Their fabrications even were used as evidence in court filings requesting permission to do additional spying on the Trump campaign, and they were so egregious that the court, when it discovered the deceptions, reversed some of those permissions.

Further, the FBI staged an armed SWAT-type raid on Trump’s home recently in what appears to be a dispute over custody of paperwork from his presidency.

Now Fox News has reported on, and posted online, a report from House Republicans that details whistleblower allegations about misconduct and more.

“The Federal Bureau of Investigation, under the stewardship of Director Christopher Wray and Attorney General Merrick Garland, is broken,” the report charges. “The problem lies not with the majority of front-line agents who serve our country, but with the FBI’s politicized bureaucracy.”

The authors from the House Judiciary Committee point out that the evidence undermines “the FBI’s fundamental law-enforcement mission.”

It has evidence from whistleblowers who say the FBI leadership in Washington is “rotted at its core” and there is “rampant corruption, manipulation and abuse.”

Some of the evidence already was known, such as that the FBI is “artificially inflating statistics about domestic violence extremism to fit the White House narrative on supposed dangers to democracy or that counterterrorism authorities were instructed to investigate parents who spoke out at school board meetings,” the report explained.

The agendas now are being directed by Attorney General Merrick Garland and FBI chief Christopher Wray, who lead the government operations.

The evidence also indicates the FBI actively is trying to “purge” employees who are conservative as well as those who disagree with the managers’ “woke” agenda of diversity and “equity” ideas.

One episode, the report says, involves an agent who was told “child sexual abuse material investigations were no longer an FBI priority…”

The problems previously had been revealed by Rep. Jim Jordan, R-Ohio, and Sen. Chuck Grassley, R-Iowa, who have sought from the agencies answers to the whistleblower complaints.

The report calls for results: “Americans deserve to have confidence that the enormous power and reach of federal law enforcement will be used fairly and free of any indication of politicization. The FBI has the power, quite literally, to ruin a person’s life — to invade their residence, to take their property, and even to deprive them of their liberty.

“The potential abuse of this power, or even the appearance of abuse, erodes the fundamental principle of equality under the law and confidence in the rule of law.”

The Daily Mail noted the 1,000-plus page document also charges that the government operations deliberately downplayed “serious allegations of wrongdoing” by Hunter Biden.

It’s now been documented that the FBI lobbied Big Tech in 2020 to suppress accurate, but very damaging, reporting on a laptop that had been abandoned by Joe Biden’s son, to the point that analysts concluded those actions changed the winner of the election from President Trump to Joe Biden. Various reports also have suggested that Joe Biden was involved in his son’s various international business dealings.

The Daily Mail reported, “It details Republican Senator Chuck Grassley’s revelation that agent Tim Thibault as part of a ”scheme’ to discredit derogatory’ information on President Joe Biden’s son, and caused allegations from the laptop to be ‘falsely’ labelled as ‘disinformation’.”

Among the charges are that the FBI leadership is “abusing its law-enforcement authority for political reasons,” “the FBI artificially inflating and manipulating domestic violent extremism statistics for political purposes,” it’s “downplaying and reducing the spread of the serious allegations of wrongdoing leveled against Hunter Biden,” it has targeted parents, it stalked a Republican member of Congress on a family vacation and seized his cellphone, and more.

It also, under Biden’s political pro-abortion agenda, is “continuing to allow attacks on pro-life facilities and churches to go unabated, while pushing an anti-life agenda.”