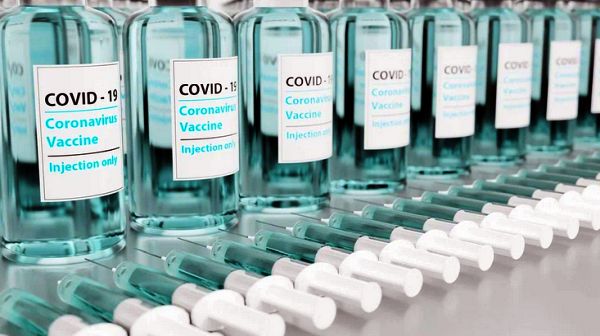 A global vaccine program is denying tens of millions of refugees and other country-less people COVID-19 shots because some major drug manufacturers are concerned about getting sued by people claiming to have suffered adverse effects.

The United Nations says COVID-19 vaccine manufacturers have required that countries relieve them of any legal liability.

Non-governmental organizations participating in the program run by Gavi – called COVID-19 Vaccines Global Access, or COVAX – say they can’t bear the legal risks of administering the vaccines to migrants.

More than two-thirds of COVAX doses have come from vaccines produced by Pfizer and BioNTech, Moderna and AstraZeneca.

Reuters said Moderna officials declined to comment. Officials with AstraZeneca and Pfizer said they were in talks with Gavi but declined further comment. Johnson & Johnson has said it would waive a requirement for indemnity for delivery of its vaccine to migrants.

“We are proud to be part of this effort to protect the world’s most vulnerable people,” said Paul Stoffels, vice chairman of the executive committee and chief scientific officer.

The European Federation of Pharmaceutical Industries and Associations, which represents large pharmaceutical companies in Europe, argues it would be hard to monitor vaccines for safety in refugee camps.

They point out that people may blame vaccines for problems that are unrelated.

“This could then lead to an increased number of litigation cases … during which the safety and efficacy of the vaccine would be publicly questioned,” the federation said in a statement to Reuters.

The spokesman said that might lead to increased “vaccine hesitancy” and a slower recovery from the pandemic.

But the EFPIA, Reuters reported, said the vaccine makers’ primary legal concern is based on the unprecedented speed with which the COVID-19 shots were developed.

Reuters explained: “In normal circumstances, drugmakers buy insurance to cover liability for vaccines’ potential adverse effects. But COVID forced them to develop drugs so quickly that some side effects – for instance, a rare blood-clotting condition in some of those who took the AstraZeneca vaccine – are emerging as shots go into people’s arms.”

“The gold standard is full immunity from lawsuits,” he said. “If they accept carve-outs, it may become more difficult to reach that goal.”

On Thursday, due to concerns about blood clots, an advisory panel to the Centers for Disease Control and Prevention unanimously voted to recommend the two-dose Pfizer and Moderna mRNA vaccines over the one-shot Johnson & Johnson vaccine.

A study published in the journal Nature Medicine on Tuesday from Oxford University showing the COVID-19 vaccines can cause myocarditis, an inflammation of the heart, in young people at a rate higher than the incidence of COVID-19.

A new peer-reviewed study of data in Hong Kong found a significant rise in myocarditis and pericarditis in young male adolescents after taking a second dose of the Pfizer/BioNTech COVID-19 vaccine.

In October, citing concerns about myocarditis, the Food and Drug Administration delayed its decision on administration of the Moderna vaccine to young people.

At the time, Sweden, Finland and Norway halted the Moderna COVID-19 vaccine for younger people, and Iceland stopped administering the shot to everyone.

Also, France’s health authority< advised against using the Moderna vaccine because of the myocarditis risk.

However, many physicians and scientists believe the true figures are much higher. Physicians who sued the FDA for documents related to clinical trials for Pfizer’s COVID-19 vaccine estimate the true numbers are five times higher. A recent study led by a researcher at Columbia University estimated the actual figures are higher by a factor of 20.