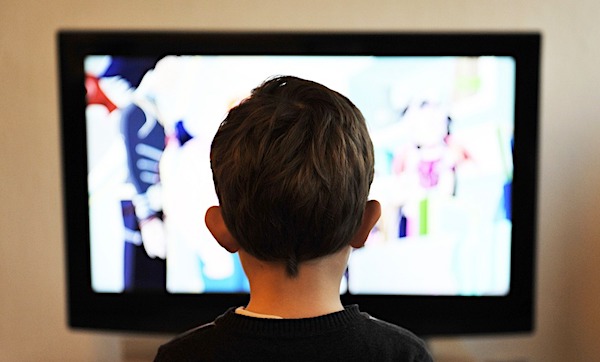 Some of America’s children’s TV networks have gone “gay” and are losing their audience, notes the Daily Wire’s Megan Basham.

“Since July of 2017, Nickelodeon’s viewership has dropped from 1.3 million average viewers per week to a June of 2021 average of only 372,000,” she wrote. “In only four years, Nickelodeon has dropped more than two thirds of its audience. That is catastrophically bad for the cable channel, but with cable on the way out, maybe it’s not so bad? The catch here is that it is, in fact, that bad and perhaps worse, simply because Nickelodeon seems to be the primary driving force behind new subscribers to Paramount+.”

She explained that Nickelodeon’s “hard push to promote the LGBTQ agenda to children is having a negative impact on the network’s ratings.”

“In the last two weeks, both Nickelodeon and its preschool-targeted network, Nick Jr., have released videos championing ‘trans,’ ‘queer,’ and ‘pansexual’ inclusion. One video that sparked mass outrage depicted a cartoon version of drag queen Nina West singing about various LGBTQIA groups ‘[loving] each other so proudly’ on ‘Blues Clues and You,’ a show for two- to five-year olds. That same video showed a female-to-male transgender beaver who appeared to have post-operative surgical scars on its chest,” she wrote.

Further, Nickelodeon posted a video this month featuring West, and it has been overtly celebrating “Pride” events.

The network “implied” in 2020 that its most popular character, SpongeBob SquarePants, is gay.

An entertainment site, Pirates and Princesses, reported Nickelodeon YouTube videos were “downvoted to such a degree that they’ve now hidden the ratio.”

But Basham noted that so far, the negative reaction from consumers “doesn’t seem to be deterring the network.”

“In response to West posting a video of the Pride song, Nickelodeon’s official account tweeted, ‘It gets better every time we watch it,’ alongside happy face and heart emojis.”