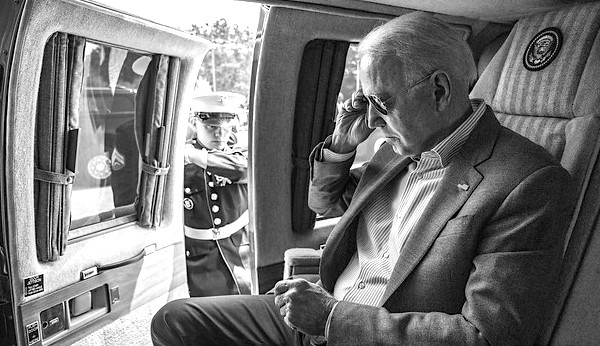 Levin asked him about the impact of the Afghanistan failure, in which Biden’s abrupt withdrawal of American troops left behind American citizens to be used as possible hostages by the Taliban terrorists who took over.

Biden also left behind thousands of Afghans who helped the U.S. as well as tens of billions of dollars of American war machinery, making the Taliban one of the better-equipped armies today.

The obvious concerns include from those who wonder if the Taliban in control of Afghanistan will allow al-Qaida to assemble another 9/11-style attack on the United States, as happened the last time the Taliban controlled Afghanistan.

The situation further suggests an increase in terror activity around the rest of the globe too.

“I hope that it’s just something that has an impact for decades. I hope it’s not centuries,” Ratcliff told Levin. “It’s the most profound loss for the United States certainly in our lifetime.”

He explained that one of his worries, regarding Joe Biden’s impact on national security, “He’s very clearly harmed it, but in so many respects beyond Afghanistan. But this most recent, most painful, colossal failure in Afghanistan has literally breathed life into the radical Islamic terrorist movement, not just in Afghanistan, but around the world.”

An original plan, begun under President Trump, was for the U.S. to withdraw troops only under certain conditions, he explained.

Biden simply ordered them out.

“Our intelligence was crystal clear about what was going to happen in Afghanistan if we withdrew without conditions based on terms that we had negotiated. And when Biden abandoned that plan, it went exactly to what we said was going to happen. And that is, unfortunately, a trend that has continued where this administration and this national security apparatus keeps making bad decisions, keeps ignoring the actual intelligence that we have. And honestly, nothing concerns me more right now,” Ratcliffe said.

He said that he used to consider China to be America’s top threat, but not now.

“You know, there’s a real question about whether Joe Biden is the person making these decisions – and, if not, who is? But what we know is he’s not surrounded by anyone that’s gotten anything right. And so that is the concern. But Afghanistan is just the latest episode of what we’ve seen, where the commander in chief is demonstrating cowardice on a national stage to our allies and to our adversaries.”