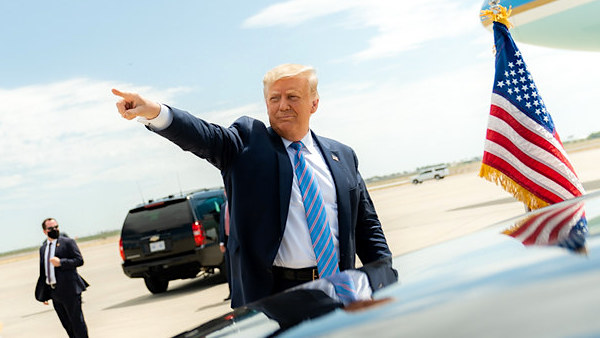 A professor wished death on supporters of President Trump in a tweet, but his university says he’s facing no consequences because no one has filed an “official complaint.”

The College Fix reported the tweet from Mark Alfano of Macquarie University in Australia, who recently received a grant of nearly $1 million to study “intellectual humility” toward political opponents.

More of this please. https://t.co/mfTJUjcoyR

Under the online name Neon Trotsky, he shared a newspaper statement about the death of a Trump supporter during the Jan. 6 riot at the U.S. Capitol.

“More of this please,” he wrote.

The College Fix said he taught at the University of Oregon from 2013 to 2015. He then did research at Princeton and taught at Delft University of Technology in the Netherlands before moving to Macquarie.

He did not respond to requests from the College Fix for comment.

The university said in a statment it “does not limit staff making public comment in a personal capacity.”

It said no one has filed “any official complaint” against the professor.

But a doctoral student “personally targeted” by Alfano last year observed that there “would be serious consequences if a conservative professor wrote this about Biden voters.”

“But since the target is conservatives, Alfano will continue to be held up by his peers as an expert in morality and ‘intellectual humility,’” said Nathan Cofnas, a student at the University of Oxford.

“Tragedy is when I cut my finger. Comedy is when a MAGA chud gets crushed by fellow rioters and dies,” the professor wrote.

George Washington University law professor Jonathan Turley noted in a commentary on his website that Twitter did not object to Alfano’s call for the deaths of Trump supporters.

Alfano isn’t the first academic to call for such violence or defend killings, Turley pointed out.

University of Rhode Island professor Erik Loomis, for example, said he saw “nothing wrong” with killing a conservative protester.

“For my part, I have always maintained an Internet originalist position on free speech opposing censorship, so I would prefer that these academics not be banned,” Turley wrote. “However, there is a stark contrast in how such views are treated by both social media companies and universities. Likewise, there is legitimate condemnation of the social media statements of figures like Rep. Marjorie Taylor Greene and many QAnon figures, but virtually nothing on figures voicing extremist views on the left in the mainstream media or academia.”

“It is hard to see any humility or morality in Alfano’s commentary,” Turley said.

The College Fix reported Alfano is studying “intellectual humility” funded by a grant of nearly $1 million from the John Templeton Foundation. The Daily Nous philosophy blog said Alfano is collaborating on the project with researchers at New York University.

The project description calls it “the first examination of the best ways to practice intellectual humility in a fragmented and pluralistic social world.” It aims to examine intellectual humility between people in different in-groups, since ”tribal epistemology has so thoroughly infected political and social discourse.”