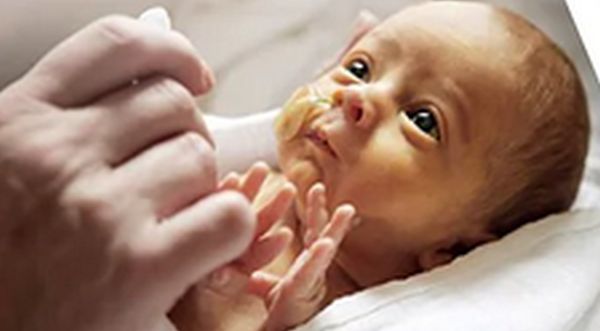 The 16,000 members of the Christian Medical & Dental Associations cheered on Friday the U.S. Supreme Court’s 6-3 decision to overturn Roe v. Wade, the faulty 1973 ruling that created a “right’ to abortion in the U.S. Constitution.

Finally, after nearly 50 years, the court is accepting science, they said.

The organization explained, “In the nearly 50 years since the Supreme Court wrongly decided Roe v. Wade and Doe v. Bolton, medical science has progressed significantly and has increasingly supported the pro-life position. The science of embryology supports life beginning at conception. Second, recent research has shown that pre-born babies can feel pain as early as 12 weeks’ gestation. Third, research documents that abortion is associated with an increased risk of pre-term birth and breast cancer in the mother.”

Mike Chupp, the CEO, said, “The science is clear. At the moment of fertilization, a new distinct, living and whole human being comes into existence. Abortion, which is an action whose sole intent is to end this life, clearly violates the basic tenets of medical ethics. Today’s decision from the court shows what we have known for a long time – abortion is not healthcare. When we care for pregnant women, we are caring for two distinct patients. Our duty is to protect and preserve the lives of all our patients whom we care for. Our patients place their trust in us to recommend what is best for them, regardless of current political or cultural trends.”

“Roe is no more!” she said. “The Supreme Court justices’ reversal of Roe v Wade with the critical Dobbs decision today is a victory for civil rights for the unborn. Sending the discussion of life vs abortion back to the states will help ‘we the people’ on the state level grow to ensure that every unborn baby has the civil right to LIFE. Human dignity begins in the womb!”

She continued, “Today the new civil rights struggle of our time is for ‘womb equality’ and the right to life for the unborn children who are aborted each year. This premise asserts that while we are not colorblind, we see and value the gifts of ethnic diversity. We see every human, born and pre-born, as created in the image and likeness of GOD. All pre-born children should first be given the chance to be born and live flourishing human lives.”

Republican National Committee Chairwoman Ronna McDaniel noted, “Life wins! Millions of Americans are celebrating today’s ruling and a pro-life movement that has worked tirelessly for decades. For a half century unelected judges have dictated America’s abortion laws. This historic ruling rightfully returns power to the American people to enact laws that protect unborn children and support mothers everywhere. As this debate now returns to the states and the American people, we know there is still much work ahead. Republicans will continue to advocate for life, uphold the law, and stand against an extreme Democrat Party’s pro-abortion agenda.”

“For nearly half a century, a nation founded on God-given rights denied those rights to its most vulnerable citizens and more than 63 million Americans never got the chance to pursue their dreams. But we must not only continue to take steps to protect the unborn, we must also do more to support mothers and their babies. I will soon introduce a bill to ensure we do everything we can to give every child the opportunity to fully access the promise of America,” he said.

Carol Tobias, chief of the National Right to Life Committee, the federation of right-to-life affiliates in each of the 50 states and the District of Columbia, said, “This is a great day for preborn children and their mothers. The court has correctly decided that a right to abortion is not in the constitution, thereby allowing the people, through their elected representatives, to have a voice in this very important decision.”

Father Frank Pavone, national director of Priests for Life, said, “This is a day I’ve worked toward for 47 years and I am so grateful. Grateful to President Trump for appointing justices who respect both the U.S. Constitution and the sanctity of human life; grateful for the work of the pro-life movement for never losing sight of the goal, and grateful to God for allowing this day. We still have work to do but this decision will save countless lives.”

Lawyers for the Alliance Defending Freedom were on Mississippi’s legal team, and Kristen Waggoner said, “The Supreme Court’s decision is a major victory for unborn children and their mothers. Laws across the country can now affirm that life is a human right and ensure women have greater access to the support and resources they need and deserve. We now turn to the states to ensure that unborn children and their mothers are protected from the gruesome reality of abortion, and that they receive the care and resources they need to flourish.”

She continued, “Mississippi asked the court to overturn Roe because that case was egregiously wrong and had no basis in constitutional text, structure, or history. Additionally, Roe’s changing standards have long been unworkable, which is why so many pro-life laws ended up in court. It also failed to account for changing science, which demonstrates that life begins at conception. Today is a day of celebration, but the battle continues, as states either respect or shirk their responsibility to protect the life and health of women and children.”

Tom Brejcha, chief of the Thomas More Society, pointed out his organization has fought Roe for decades, and Andrew Bath, general counsel, said, “We filed an important amicus brief with the Supreme Court in the Dobbs case and arranged for two other briefs to be filed, all so we could make several key points to guide the court to the correct result in this pivotal case. First and most importantly, we clearly laid out the ways the court got the law wrong when deciding Roe v. Wade and Planned Parenthood v. Casey. There simply was no right to abortion hiding in the constitution until the Roe court found it in 1973.”

Steven Mosley, a member of the Project 21 black leadership network, said, “An unborn child now has a fighting chance at life. This is a great day of joy – especially for us in the black community, as abortion is the number-one killer of black Americans. As stated in the Declaration of Independence, we have the right to life. Today, those words ring truer for the unborn.”

Sen. Marsha Blackburn, R-Tenn., said, “I applaud today’s Supreme Court ruling. Despite false claims from the left, this decision will not ban abortion. Instead, it returns the decision to the states and empowers state legislatures with more flexibility to craft policy through the democratic process. It is unacceptable that a draft opinion was leaked in advance and that the person responsible has not been caught. The leaker has jeopardized the safety of our justices, and threats of violence by the radical militant mob are unacceptable. We appreciate the brave law enforcement officers working overtime to protect our justices and their families.”

Catholic Vote chief Brian Burch added, “Catholics and pro-life advocates across the country celebrate today’s landmark Supreme Court decision as the ‘dawning of a new day in America’ – a long-awaited first step toward the full protection of American women and children. The court finally righted the notorious decision in Roe vs. Wade after nearly 50 years of heroic efforts by millions of Americans in pursuit of justice. Nowhere in our Constitution do we find a right to take innocent human life. Further, the humanity of children in the womb has become plain and undeniable thanks to the decades of technological advances since Roe was decided. Millions of women have been coerced, threatened, or forced into a decision they regret. They too are worthy of protection. A dark chapter in our nation’s history has finally been closed.”

Please click on this link to download and read the entire Supreme Court opinion, including concurrences and dissent, that overturned Roe v. Wade.