'Pro-abortion Left has declared that the Apocalypse is upon us' 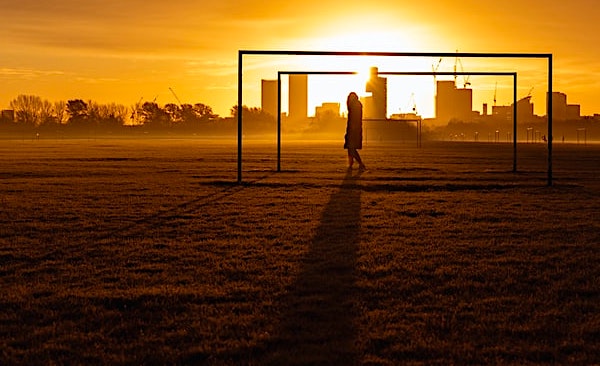 Democrats and other pro-abortion radicals have been demanding that Congress adopt – immediately – a law that would create a constitutional right to abortion nationwide.

The movement had been developing for some time, and exploded as a priority for leftists when last week a stolen draft copy of a Supreme Court opinion on a Mississippi abortion fight was released.

If that opinion becomes final, it would overturn Roe v. Wade, the 1973 Supreme Court decision that literally created a “right” to abortion.

Such a move would not ban abortion. It simply would return regulation of the procedures that kill unborn babies to the states.

It was that revelation that triggered extremists to insist on Congress voting that “right” into law, and, in fact, Democrats say they will hold a vote soon on such a plan, even though it’s not expected they have anywhere near enough votes.

But even if that would happen, the laws that have been proposed would then be facing the same obstacle that Roe faced in the Supreme Court, if in fact that precedent is struck down.

And that would be the Constitution.

Jay Sekulow’s American Center for Law and Justice has analyzed the Washington lawmakers’ plans for a pro-abortion law, and the group’s conclusions are that Congress can’t meddle with the Constitution itself. Without the long process of amendment, which requires approval by the states.

The ACLJ explained the leak of that draft opinion in Dobbs v. Jackson Women’s Health Organization is just a draft yet, and its release likely was intended to apply pressure on the justices who now appear to be in the majority – to strike Roe.

The ACLJ explained, “The pro-abortion Left has declared that the Apocalypse is upon us. We’ve long said they worship at the altar of abortion. Now they are displaying a rabid zeal, not only on the streets, but in the media, on social media, and in the halls of Congress, where that same unhinged radicality is driving them to use a stolen leaked Supreme Court draft opinion to pursue abortion legislation that really is as unprecedented in its breadth as it is unconstitutional in law.”

The analysis said the two pending bills, the Women’s Health Protection Act and the Reproductive Choice Act, both likely would end up being declared unconstitutional – for the same reasons Roe appears to be headed for the garbage dump of bad court rulings.

The WHPA, the ACLJ explained, is “breathtaking in scope” and would purportedly put in federal law, as Biden said, “right to abort a child.”

It would kill “every federal, state, and local law that in any way attempts to limit, interfere with, impede, hinder, or even try to regulate abortion on demand and at any stage of pregnancy, up to the moment of birth.”

But it goes much further, implicitly abolishing “the whole complex of conscience-protecting laws and regulations that Congress and the states have created over the years since Roe to balance the judicially mandated availability of the procedure under Roe with the fact that, for many Americans, participating in that procedure constitutes a violation of their most deeply held religious and ethical values.”

Its extremism goes so far as to ban the application of the federal Religious Freedom Restoration Act federal law in “any abortion-related case.”

But both proposals in Congress have “fundamental legal flaws.”

Among the problems for the bills, would be the Commerce Clause, section 5 of the 14th Amendment and the Necessary and Proper Clause.

The Necessary and Proper Clause, also, only permit “exercises of authority” that come from “a granted power,” not an expansion of that power, the analysis said.

“There is no constitutional provision that authorizes Congress to enact these bills, and their enactment would improperly expand federal authority,” the ACLJ said.

“The bills cannot be justified under Congress’s Commerce Clause powers. The bills do not regulate the instrumentalities or channels of interstate commerce, and they are not tied to interstate commercial activity. Rather, the bills would create a statutory ‘right’ of medical professionals to kill unborn children, even when doing so is a felony under state laws. The regulation of crimes against the person (murder, abortion, assault, etc.) falls squarely within the ‘states’ police power. Congress lacks the authority to position itself as the nation’s sole arbiter of whether, and under what circumstances, abortion is lawful or unlawful,” the analysis found.

Further, a finding that there is no constitutional right to abortion would mean that Congress then cannot use the Section 5 powers to “readopt” a right, as the section authorizes Congress to enforce that amendment. No right means no right to enforce.

“Both bills are also fundamentally inconsistent with the Equal Protection Clause and, thus, unconstitutional,” the analysis found. “The WPHA and RCA force states to deny the equal protection of the law to an entire category of human beings, namely, those alive but yet unborn.”

The ACLJ said it was delivering its complete analysis to every senator’s office.