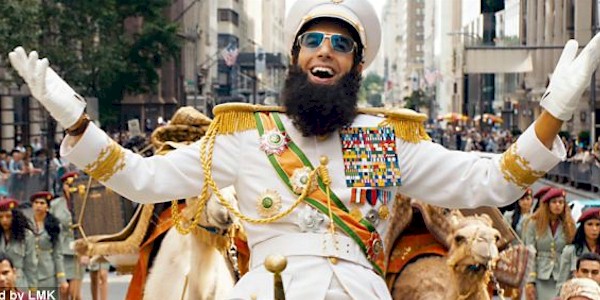 A filmmaker and actor known for his embarrassing pranks on unsuspecting victims admits his latest movies was meant to influence the 2020 election.

“I felt I had to get this movie out before the election,” he said.

On NPR, @SachaBaronCohen defends entrapping @RudyGiuliani: “We did it because there was a deeply unethical government in power … We made the movie to have an impact on the election … I have no doubt about the morality of this film. I’m very proud of it.” pic.twitter.com/NJcD7ohyE0

Cohen’s “Borat” sequel was “intended to function as a multimillion-dollar contribution to Joe Biden’s presidential campaign,” said The Federalist.

“And Amazon distributed it.”

His character, a “dimwitted, anti-Semistic, sexist TV journalist from Kazakhstan,” according to WAMU, pranked Rudy Giuliami, who at the time was President Trump’s personal lawyer.

“I felt very clearly from the start of the administration that we were heading toward authoritarianism,” Cohen said in the interview. “I was terrified that if Trump got in again, that America would be a democracy in name only.”

However, this week a prominent feminist, Naomi Wolf, warned that America, under President Joe Biden, has never has been closer to being an authoritarian regime.

Cohen said, “We had to do what we could to inspire people to vote and remind people of the immorality of the government prior to the election.”

The Federalist said Cohen is “exemplifying the cliche about ‘saying the quiet part out loud,’ a statement on how comfortable the entertainment industry is with its own politics. We know Hollywood uses art for political purposes, and we know Hollywood leans so far left it can barely stand anymore. That’s all fine, art and politics can and should be a powerful combination. Partisan art, however, tends to fall flat, hampered by its necessary blindness to one side’s problems.”

Cohen said that “undermining one of Trump’s inner circle” is morally justifiable.

Attorney Larry Klayman is representing Moore in his defamation case against Cohen, who has been ordered by a judge to deliver answers in discovery that could lead up to a trial.

Cohen tricked Moore into a prank interview two years ago in which he held a purported “pedophile-detection” wand, which he said would beep in the presence of a pedophile.

Moore agreed to appear when Cohen claimed in advance of the interview that Moore was to receive an award for supporting Israel.