Poll: 3 in 10 Americans missing meals because of Biden inflation 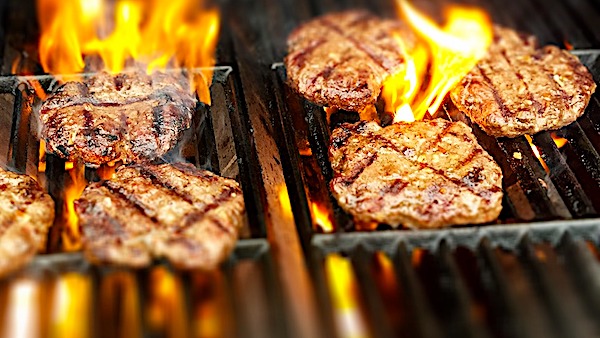 Three of 10 Americans are missing meals because of the high prices of food – the result of inflation that the Biden administration has been unable to control, according to a new poll.

Zogby Analytics said 29.3% of respondents said “yes” to the question, “Because of the Biden administration’s inability to control inflation, has the increased cost of food resulted in you or your family having to skip meals?”

“There is no shortage of crises today. We’re on the verge of so many disruptions environmentally, politically, and economically that it’s hard to keep track,” the Zogby analysis said. “While we struggle to get COVID under control, clear supply chains, control energy costs, and fill millions of open jobs, there is another crisis lurking in the shadows that might be affecting more people than once thought.”

The report continued, “Food insecurity is becoming increasingly too familiar these days. As the gap between the ‘haves’ and ‘have nots’ widens, more and more Americans are finding it harder to meet ends daily. Economists and advocacy groups are sounding the alarm bells as food insecurity is on the rise in U.S. To compound matters, rising food prices are not helping the situation. Families are missing meals because their paychecks do not go as far as they once did a few years ago. The middle class is being hollowed out by inflation. We asked voters if they felt the Biden Administration’s failure to control inflation had caused them or family members to miss meals because of the increased cost of food prices, and the results were shocking.”

It said, “It’s quite astounding to think nearly three in ten likely voters said they had or family members missed meals due to food price inflation.”

The poll data included that voters in the south were more likely to have skipped a meal, with 35% responding “yes.” Also younger voters, under the age of 50, were more likely, at 37%.

And “Republican voters (34% yes/61% no) were more likely to have skipped meals or had family members miss meals because of an increase in the cost of food prices than surveyed Democrats (24% yes/72% no) and Independents (31% yes/63% no),” the poll reported.

“While the Biden administration has referred to empty shelves and higher food prices as ‘high class problems,’ our polling found many groups favorable to Democrats-African Americans (40% yes/57% no) and Hispanics (38% yes/54% no) were more likely to experience food insecurity due to higher food prices than Whites (27% yes/69% no).”

The report also confirmed that food prices are not the only problem, with “healthcare, tuition, rent, homes, cars, and energy” also increasing in cost.

“While the Biden administration has said inflation is temporary, many economists and analysts see inflation as here to stay. The massive amounts of stimulus injected into the system are driving up prices and making people quit jobs, which is contributing to labor and food shortages. The saying goes, ‘if you break it, you own it.’ President Biden needs to recognize it first before he can own it, and then fix it.”