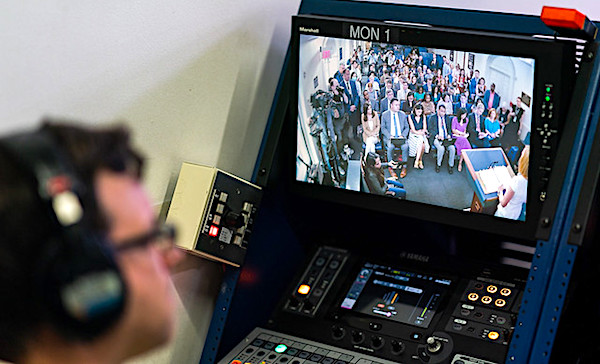 The legacy media have been on a campaign over recent years to attack and make insinuations about conservative leaders, including those members in Congress.

After all, they’re public figures and it’s almost impossible for them to overcome the high hurdles in America’s defamation law that requires them to show “actual malice” in the false attacks.

But the 8th U.S. Circuit Court of Appeals has found that’s exactly what Rep. Devin Nunes, R-Calif., has done in his case against Esquire and one of its reporters.

A report from Courthouse News said the appeals court said the publication must go to trial on the claims by Nunes because, on its claim a family farm was hiding a “politically explosive secret,” “A reasonable reader could conclude, from reading the article as a whole, that the identified ‘secret’ is ‘politically explosive’ because Nunes knew about his family’s employment of undocumented labor.”

U.S. Circuit Judge Steven Colloton wrote for the panel. “And revelation of that fact could be politically damaging to a member of Congress who demonstrates ‘unwavering support for ICE’ and who is among the ‘allies’ of President Trump who have denounced ‘amnesty’ for undocumented workers.”

It was article writer Ryan Lizza about whom Nunes made a plausible claim of “actual malice” because he reposted a link to the negative article on social media even after the lawsuit was filed, the appeals court said.

Nunes is a Republican from California and accused the magazine and writer of publishing false and defamatory statements about him during 2018, about a “political explosive secret,” involving his family’s farm in Iowa.

A lower court had dismissed the case but the appeals court restored some portions of it, ruling that only parts were protected by the First Amendment.

Courthouse News explained, “The article questioned why the Nuneses and others would ‘conspire to hide the fact’ that the family had sold its farm in California and moved to Iowa. Lizza, who is now Politico’s chief Washington correspondent, also described being followed by members of Nunes’ family and says two sources told him that the dairy — called NuStar Farms — relied partly upon undocumented labor.”

Nunes’ family members had filed a separate action last year, and in that case, too, some portions were thrown out. The remaining allegations are to go to trial early next year.