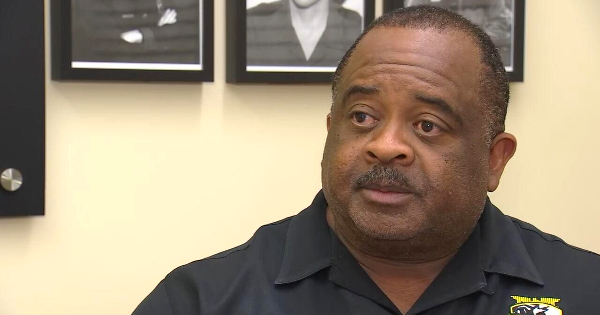 Police morale in Portland, Oregon, is “as bad as it’s ever been,” said the head of the officer’s union after all 50 members of the force’s riot squad resigned.

Daryl Turner, who is black, was asked in an interview with Fox News if city officials “have your backs.”

“No, they do not,” said Turner, the executive director of the Portland Police Association.

Last week, the entire Rapid Response Team of the Portland Police Bureau resigned after the district attorney filed an assault charge against Officer Corey Budworth for actions during an August 2020 riot. The team is comprised of volunteer officers who have been responding to the riots and violent demonstrations led by Antifa and other radical groups that have plagued the Pacific Northwest city over the past year. A probe by the police union found Budworth accidentally struck a protester with a baton during a riot.

But Turner told Fox News the mass resignations were “not just about our officer being indicted.”

It was merely the final straw after the police union had made numerous pleas to the city regarding its handling of the violence that continued night after night for 150 days.

Every night during that time, Turner said, the riot squad and other officers “stood the line” with “Molotov cocktails, urine, feces, rocks, bottles, everything else thrown at them.”

But the Portland district attorney, Mike Schmidt, declined to prosecute “80% of the crimes committed during those riots.”

Turner said elected officials “actually encouraged and enabled some of the violence that was going on during those 150-plus nights.”

“The residents and the business owners of the city of Portland have a hopeless feeling right now with what’s gone on,” he said.

Meanwhile, the police department has been “defunded” and is “woefully understaffed.”

All of that affects the morale of officers, which is “as bad as it’s every been,” he said in a separate interview with NBC Nightly News after the riot squad’s resignations.

“All those things play into the morale of a police officer. Coming to work every day, trying to do your job, trying to do it right with all these roadblocks in the way.”

Across the nation, meanwhile, New York, Los Angeles and Baltimore are among the Democratic Party-run U.S. cities that have reversed decisions to defund their police departments amid a surge in crime.

He said that defunding the police is “a fundamental reason why I left the Democratic Party.”

“They do not believe in law and order.”