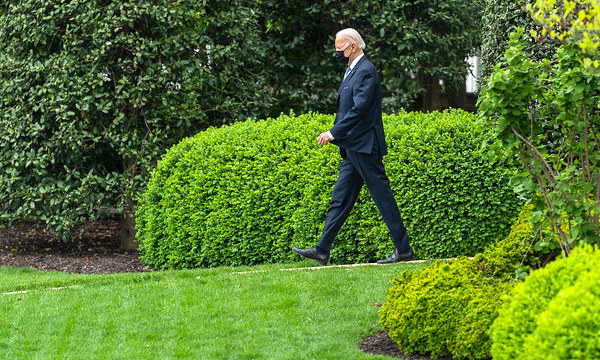 Joe Biden has set another record, and it’s not good. Inflation under his economic leadership surged 9.1% in June, setting a new 40-year high and demolishing even the worst fears of economists, who had predicted a climb of 8.8%.

“Inflation accelerated more than expected to a new four-decade high in June as the price of everyday necessities remains painfully high, exacerbating a financial strain for millions of Americans and worsening a political crisis for President Biden,” documented a report in Fox Business.

The numbers come from the Labor Department’s consumer price index, a wide collection of prices for everyday goods such as gasoline, groceries and rents.

“Those figures were both far higher than the 8.8% headline figure and 1% monthly gain forecast by Refinitiv economists,” the report said.

The last time inflation was this bad was in December 1981, the report said.

“Core prices,” those figures that exclude the fast-increasing food and energy categories, were up 5.9% from a year ago, and up 0.7% for just the month.

The report pointed out those numbers are higher than in April and May, “suggesting that underlying inflationary pressures remain strong and widespread.”

Inflation is just one of many crises facing Biden. Others include fast-growing violence in cities, the rampant invasion of illegal aliens across the nation’s southern border, a declining American influence worldwide, growing threats from Russia and China, and many more.

On the issue of exploding inflation, Fox Business warned, “Price increases were extensive, suggesting that inflation may not be near its peak: Energy prices rose 7.5% in June from the previous month, and are up 41.6% from last year. Gasoline, on average, costs 59.9% more than it did one year ago and 11.2% more than it did in May. The food index, meanwhile, climbed 1% in June, as consumers paid more for items like cereal, chicken, milk and fresh vegetables.”

Shelter costs also were at an 18-year high and rent costs surged, “jumping 0.8% over the month, the largest monthly increase since April 1986,” the report said.

“CPI delivered another shock, and as painful as June’s higher number is, equally as bad is the broadening sources of inflation,” said Robert Frick, corporate economist with Navy Federal Credit Union. “Though CPI’s spike is led by energy and food prices, which are largely global problems, prices continue to mount for domestic goods and services, from shelter to autos to apparel.”

The Washington Examined pointed out that the inflation figures are triggering a plunge in Biden’s approval ratings, “as the midterm elections approaching.” Some polls have shown his approval as low as the low 30% range.

“The offenders again were all too familiar to consumers, those being gasoline, food, and shelter. With their sentiment at the lowest level in years, consumers have a right to be highly distraught. They’re facing a combination of high and sustained inflation robbing them of purchasing power,” explained Mark Hamrick, an analyst at Bankrate.

The Federal Reserve is raising interest rates by large numbers in an attempt to defuse the Biden inflation problem.

The average price of gas in the U.S. broke records in June, exploding past $5 a gallon.

And the report said average weekly grocery spending reached $148 a week, far higher than the $113.50 during the latter part of President Trump’s term.

The economy contracted during the first quarter, and is predicted to do the same for the second, meaning Biden has led the nation into recession.