NY Democrats seek to cut Cuomo down to size 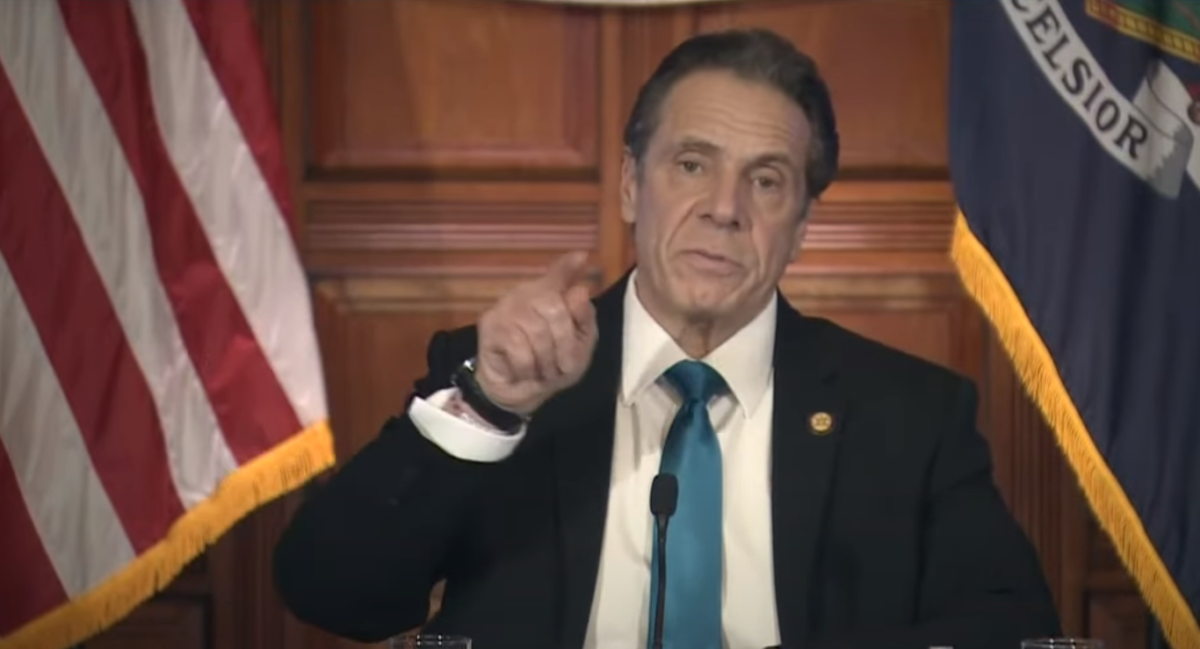 Democratic leaders of the New York State Senate are reportedly working to strip New York Democrat Gov. Andrew Cuomo of his emergency powers in the aftermath of his failed, possibly criminal,  handling of the Covid pandemic. State lawmakers have been demanding answers since a top Cuomo aide admitted that the Governor’s administration hid data on senior deaths at nursing homes and long-term care facilities over fears of a Department of Justice investigation.  According to The New York Times, a vote to strip the Governor of emergency powers could come as early as this week.

“While COVID-19 has tested the limits of our people and state – and, early during the pandemic, required the government to restructure decision making to render rapid, necessary public health judgments – it is clear that the expanded emergency powers granted to the Governor are no longer appropriate.”

In January, New York State Attorney General Letitia James released a report detailing the investigations her office conducted into the Governor’s nursing homes policies and actions during the pandemic. The report showed that the nursing home deaths in New York State were likely undercounted by up to 50 percent.

ABC News is reporting that the FBI and federal prosecutors in Brooklyn are investigating Cuomo’s coronavirus task force with a particular focus on his administration’s handling of nursing homes early in the coronavirus pandemic.

Cuomo has consistently and repeatedly denied that his policies had any negative impact on nursing home deaths in the state. Last week, Melissa DeRosa, top aide to Cuomo apologized to New York Democratic lawmakers on a Zoom conference for withholding the state’s nursing-home coronavirus death totals. She told them that the administration’s staff “froze,” fearing the real numbers would “be used against us” by federal prosecutors, according to The New York Post.

At a recent press briefing, Cuomo addressed the allegations against him saying they are false. “No one has a right to spread lies, or misinformation that causes pain to families. We didn’t fight back against the lies and the politics and the distortions aggressively enough. But you have to knock it down and counter and counter it aggressively, otherwise people won’t believe it.”

His defense drew ridicule on Twitter from Curtis Houck, managing editor at the Media Research Center’s Newsbusters, who called Cuomo, “a garbage person.”

Today’s corrupt, shameless nursing home excuse from Governor Andrew Cuomo: “Those false statements must be countered. Or else people get confused. No one has a right to spread lies or misinformation….[W]e didn’t fight back against the lies and politics.”

What a garbage person. pic.twitter.com/AULqN3Tj7j

The post NY Democrats seek to cut Cuomo down to size appeared first on Daily Torch.

This post, NY Democrats seek to cut Cuomo down to size, was originally published on The Daily Torch and is republished here with permission. Please support their efforts.