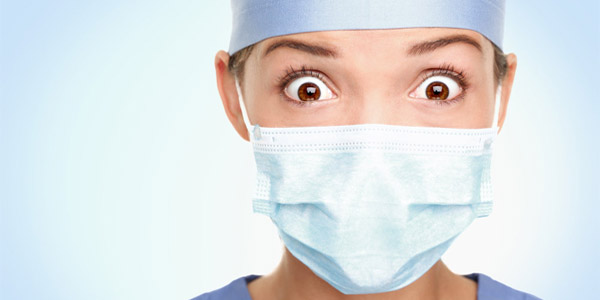 A longtime nurse in the United Kingdom is taking legal action against as a London National Health Service Trust after officials there insisted that her small cross necklace, worn in honor of her Christian faith, was a health menace.

That appeared to be a false claim, since the managers repeatedly offered her a compromise that she could wear the necklace if it was not visible, ignoring any potential health aspects of the dispute.

Her lawyers are pointing out in their case that others in the hospital were allowed to wear “jewelry, hijabs, saris, turbans and religious bracelets” without a problem under the dress code which states: “The Trust welcomes the variety of appearances brought by individual styles, choices and religious requirements regarding dress; this will be treated sensitively and will be agreed on an individual basis with the Manager and Trust and must conform to health, safety and security regulations, infection prevention and control and moving and handling guidelines. The wearing of saris, turbans, kirpan, skullcaps, hijabs, kippahs and clerical collars arising from particular cultural / religious norms are seen as part of welcoming diversity.”

But it was the Christian cross belonging to Onuoha that arbitrarily was determined to be a health threat, a threat that was acceptable should she wear the cross so that it is not visible, the hospital determined.

“NHS management exposed that the real reason for their demands was not safety and hygiene, but the visibility of the cross. In a letter to Mrs Onuoha on 9 August 2018, her line manager and Clinical Lead Practitioner, wrote: ‘I offered you a compromise of using a longer chain so your necklace was out of sight but you refused,’” the Christian Concern report explained.

The letter stated, “I do hope you will see that I have tried to support your religious beliefs by allowing you to wear your necklace, but it cannot be visible when you are on clinical duties.”

In fact, hospital officials at one point ordered her out of an operating room, where she was caring for a patient under anesthesia, to change into clothing that would conceal her cross. She refused, Christian Concern said.

“At the same time, during the same operation, the blue pendant and earrings being worn by the anesthetist were completely ignored,” Christian Concern noted.

Eventually, the hospital demoted her to work as a receptionist, the legal team explained.

The allegations against the Croydon facility now include harassment, victimization, direct and indirect discrimination and constructive unfair dismissal.

The hospital’s actions also were a violation of Article 9 of the European Convention on Human Rights, the lawyers said.

“This has always been an attack on my faith. My cross has been with me for 40 years. It is part of me, and my faith, and it has never caused anyone any harm. Patients often say to me: ‘I really like your cross’, they always respond to it in a positive way and that gives me joy and makes me feel happy. I am proud to wear it as I know God loves me so much and went through this pain for me,” she explained in a statement released through her lawyers.

“At this hospital there are members of staff who go to a mosque four times a day and no one says anything to them. Hindus wear red bracelets on their wrists and female Muslims wear hijabs in theater. Yet my small cross around my neck was deemed so dangerous that I was no longer allowed to do my job.”

Andrea Williams, chief the Christian Legal Center, said, “From the beginning this case has been about one or two members of staff being offended by the cross – the worldwide, recognized and cherished symbol of the Christian faith.”