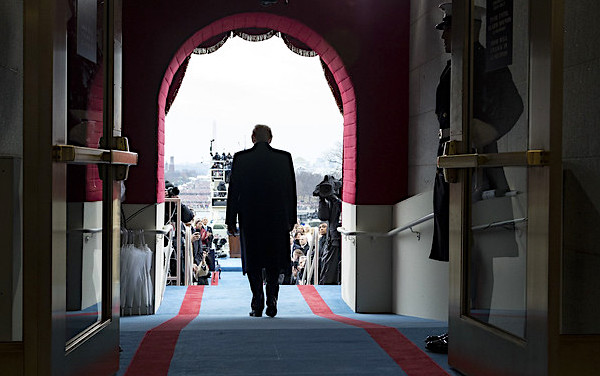 Rattled by claims that a co-founder sexually harassed interns and the resignations of key leaders who allegedly directed tens of millions of dollars in donations to their own corporations, the implosion of anti-Trump Lincoln Project continued Monday.

The latest development, the New York Post reported, is the removal of the organization’s donation page on its website.

The Lincoln Project was launched by a coalition of Republican anti-Trump activists.

The Post said that last week, two former interns came forward with “lurid text messages” from Weaver, who has resigned. And the Associated Press reported the organization was told in writing and by phone of at least 10 specific allegations of harassment against Weaver last year.

The group had raised more than $90 million, of which more than half was turned over to companies owned by the group’s founders for “consulting.”

Co-Founder Steve Schmidt also resigned from the board while another member left in a contract dispute.

FoxNews.com reported columnist Joe Concha of The Hill described the organization as “dead” and criticized establishment media outlets for failing to cover the controversy fully.

He blasted the outlets for featuring Lincoln Project members in their reports during Trump’s term, naming Steve Schmidt, George Conway and Rick Wilson.

“The reason why these guys are booked so much is for not just the anti-Trump soundbite, but the vicious anti-Trump soundbite that goes viral,” he said. “And the funny thing is, whenever they’re introduced, in the way they’re positioned, they’re called ‘principled conservatives.’ Forget the fact that the Lincoln Project endorsed Democrat after Democrat after Democrat.”

USA Today reported the organizers had big plans to defeat Trump and then leverage their following to build a media empire.

But USA Today said the scandals have “roiled” the organization. Dozens of members of the project “said they feared speaking publicly about their experiences with the organization and its remaining co-founders.

Many cited leaders’ tendency to “go nuclear,” the paper said, “when faced with internal dynamics that could undermine the public image they cultivated with their liberal fans.”

The report explained it was set up as a super political action committee, “meaning it could raise and spend unlimited sums of money but had to disclose only basic details about where the money was going. … More than half of the nearly $90 million raised by the project flowed to firms controlled by its various founders. Once it was there, there was usually no way to track how they spent or kept it.”

Major recipients of the money were Reed Galen, whose Summit Strategic Communications received some $27.5 million, and Ron Steslow, whose TUSK company garnered $22.4 million.

USA Today said there’s no way “to determine what portion of the consulting fees went directly to the co-founders as their compensation for Lincoln Project work or whether they paid one another, according to campaign finance experts.”

Politico reported the claims against Weaver left co-founder Schmidt, by his own words, “incandescently angry.”

But now, even Democrats, such as J.B. Poersch of Senate Majority PAC, said they will work with the Lincoln Project in the future.

“In October, 2020 Senate Majority Pac and Majority Forward supplemented a small set of Lincoln Project advertising in Senate campaign states,” Poersch said in a statement. “Current allegations regarding Lincoln Project’s operation raises alarming questions. Given the weight of these allegations, SMP will not work with Lincoln Project in the future.”

Despite Inflation Turmoil, Border Crisis, Biden and Harris Hit the Road to Campaign for Democrats