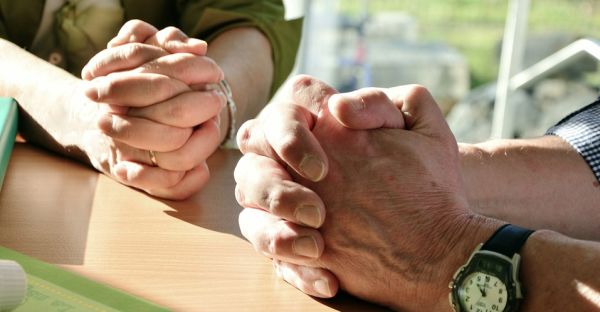 The Christian Institute in the United Kingdom has warned the nation’s prime minister that it is “alarmed” by the latest demand from an LGBT activist.

In a letter to Boris Johnson, as well as Women and Equalities Minister Liz Truss, the Institute says the demand from Jayne Ozanne that even “gentle non-coercive prayer” on sexual subjects must be banned along with other “conversation therapy” components is a threat.

The dispute, like in the United States, has pitted those who advocate for transgender procedures and more against those who want to be able to counsel those, especially children, with gender dysphoria on accepting their biological sex.

Studies have shown that a vast majority of minors with those issues eventually grow out of them and accept living in their unaltered biological body with time.

But LGBT advocates have worked to have banned any “talk” that would encourage that pathway, instead saying only counseling that encourages a transgender agenda should be allowed.

In the United Kingdom, Ozanne, an LGBT activist, even has demanded that “prayer” by Christians be banned as talk that counsels against the LGBT lifestyle.

The Institute reports that now Ozanne is demanding that “all prayer that seeks to change or suppress someone’s innate sexuality or gender identity is deeply damaging and causes immeasurable harm.”

The Institute’s response to the prime minister was, “While the Institute does not oppose a ban that protects people from harmful pseudo-medical practices, the idea that ‘gentle non-coercive prayer’ should be included in a list of illegal actions is alarming. In any event, it would violate the human rights of believers.

“This view is confirmed by a legal opinion from Jason Coppel QC, one of the UK’s leading human rights lawyers, which says a conversion therapy ban encompassing ordinary prayer ‘would be likely to violate Convention rights,’” the letter said.

Further, it added, “Those pushing for the ban to include ordinary prayer seem to attribute the worst possible motives to those of us who hold different theological beliefs from them. They are not willing to listen to mainstream Christian groups or to their concerns. Now they have gone a step further by stating that the legislation should cover not only practices they consider coercive but all forms of prayer, no matter how mild.”

“This latest remark from Jayne Ozanne is very revealing. It shows the focus here is not about protecting people from genuinely abusive behavior. It’s about criminalizing mainstream theology that campaigners on the fringes of the church don’t agree with,” said Simon Calvert, the deputy director for public affairs at the institute.

“In Britain we worked out centuries ago that prosecuting people for praying ‘the wrong kind of prayer’ was oppressive, counter-productive and wrong. Apparently, there are some who want to drag us back to the dark days of prosecuting people for not having the same religion. Thankfully, most people think this is a terrible idea. The U.K. government must make clear that it does too.”

Calvert added, “The government would do well to remember that the courts have consistently ruled that mainstream Christian beliefs about sexual ethics and gender are protected by Article 9 of the European Convention on Human Rights and worthy of respect in a democratic society.

“This requires the state to treat those beliefs with neutrality and impartiality. No matter what some activists might think, you can’t outlaw other people’s beliefs just because they offend you.”

The Christian Institute also is fighting a similar agenda in Northern Ireland.

“Protecting people from dangerous medical practices is one thing but banning preaching, prayer and pastoral care is quite different. It would be as tyrannical as it would be unworkable. It is not up to the police, prosecutors or the courts to decide which kinds of prayer are acceptable,” Ciaran Kelly, of the Christian Institute, said previously.