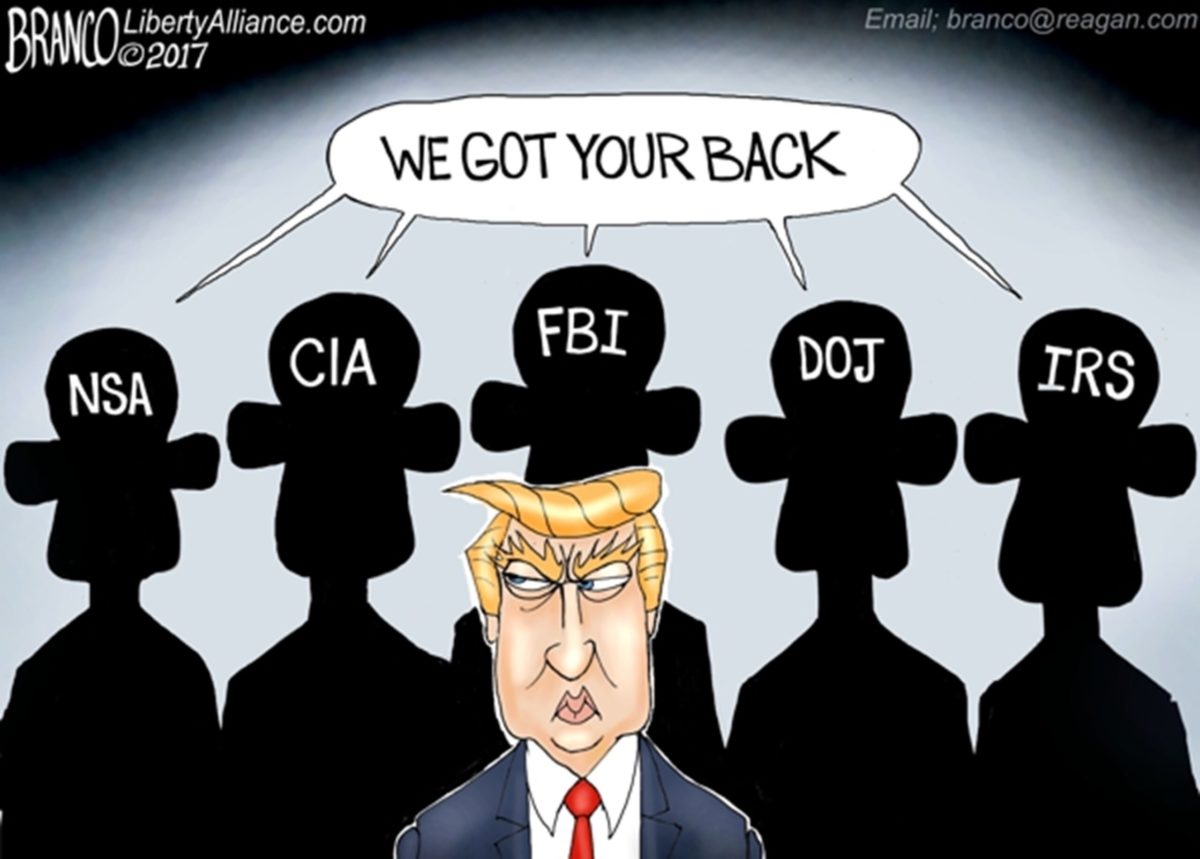 Durham must be allowed to finish his job, and Congress must be fully briefed so that FISA can be reformed to ensure the nation’s spying tools are never used against the opposition party again.

The Federal Bureau of Investigation (FBI) made use of a confidential human source and warrantless recording surveillance against Trump campaign officials in 2016, newly declassified FBI documents published by JustTheNews.com show.

The spying began in Aug. 2016 with the FBI using Stephan Halper, retired Senior Fellow at the University of Cambridge, as a confidential human source two months prior to the Foreign Intelligence Surveillance Act (FISA) Court issuing a warrant in Oct. 2016 for surveillance of one of the campaign’s foreign policy advisors, Carter Page.

The FBI regarded the recording as “consensual” as Halper agreed to be recorded by the FBI, and then was run concurrently at Page and George Papadopoulos in 2016, according to the documents. The documents reveal a number of transcripts between Halper and Page, who was the main subject of the FBI investigation because of his trip to Moscow in the summer of 2016 to deliver a commencement address at the New Economic School.

According to the documents, “The main goal of the operation is to have [Page] admit that he has direct knowledge of and is either helping coordinate or assisting the [Russian Federation] conduct an active measure campaign with the ‘Trump Team.’ [Halper] will press [Page] on the Trump Campaign’s alleged ties to [Russia]. The FBI believes the [Halper] is in a unique position to ask direct questions about the ties, as [Halper] would be conducting proper due diligence prior to possibly joining the campaign. The FBI assesses [Page] is an opportune target for [Halper] to question given their prior relationship and since [Page] is not a professional political operator. The FBI believes [Page] may be able to elicit information from [Page] due to [Page’s] inexperience and… ego.”

Halper also told the FBI that in 2014 then-Defense Intelligence Agency Director Michael Flynn getting into a cab with Svetlana Lokhova after speaking at a Cambridge University function. Lokhova says she left the event with her husband, and told the Daily Caller in a phone interview, “These documents should have been released four years ago.”

Ranking Member of the House Intelligence Committee, U.S. Rep. Devin Nunes (R-Calif.) told Fox News on Feb. 28: “When you go through that it’s frightening. Imagine being spied upon by your own government, and then that spy makes up a bunch of lies about everybody… They framed General Flynn.”

Overall, Halper was used in an attempt to substantiate false allegations made by former British spy Christopher Steele, who was paid by the Democratic National Committee and the Hillary Clinton campaign to compile the dossier purporting that former President Donald Trump and his campaign, including Page, campaign chairman Paul Manafort and then-Trump Organization attorney Michael Cohen, were Russian agents.

The Steele dossier was used by the Justice Department to obtain the FISA warrant against Page and the campaign, giving the FBI access to Page’s emails, text messages and other documents, communications with the campaign, and the communications of those whom he was communicating with. This ultimately resulted in the top secret investigation being carried over into the Trump administration in 2017, former National Security Advisor Michael Flynn’s firing, former Attorney Jeff Sessions’ recusal and the appointment of Robert Mueller as Special Counsel.

The FBI notes discuss Page as the prime target of the operation, but that if anything went awry, that Papadopoulos would be a potential secondary target. This is significant because Papadopoulos was supposedly the official who Mueller said in charging him that Papadopoulos had received information about emails and Hillary Clinton prior to the DNC hack by Russia being exposed publicly. If Papadopoulos had been receiving foreknowledge to the DNC hack, you’d think he would’ve been the primary target, and the people he had spoken to, including the mysterious professor Joseph Mifsud.

Instead, Papadopoulos appears as a secondary target in the declassified documents, indicating that either the FBI knew any information he might have been given were either about Hillary Clinton’s private server and not the DNC, or that the FBI knew that the people Papadopoulos spoke to were not Russian intelligence officers at all, but Western intelligence operatives who, like Halper, had been sent to spy on him as a member of the Trump campaign.

Ultimately, the FBI documents begin to paint a picture of the misconduct Special Counsel John Durham — who so far has been allowed to keep his job by President Joe Biden and the Justice Department — may be looking at presently. The American people and Congress have a right to know why nearly three years was wasted on what turned out to be an investigation of false allegations against a presidential candidate and then President.

It is imperative Durham be allowed to finish his job, and for Congress to be fully briefed on what happened, so that FISA can be legislatively reformed so we don’t have the nation’s spying tools be used against the opposition party in an election year. Never again.

This post, Newly declassified FBI documents prove Obama administration used warrantless surveillance against Trump campaign in 2016, was originally published on The Daily Torch and is republished here with permission. Please support their efforts.