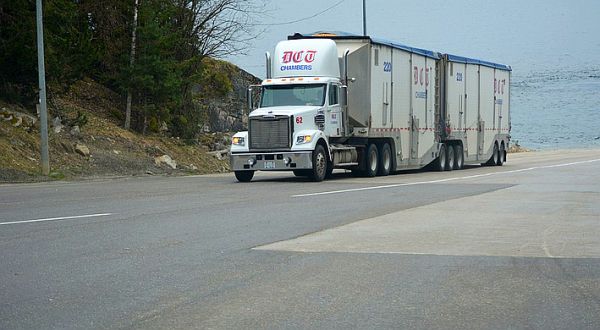 Joe Biden for years has unleashed verbal gaffes, blunders and bloopers so often that there’s even a book, “Bidentime,” about them.

But he’s also known – and has been criticized – for embellishing biographical details for about that long. Remember that he claimed to have been a “professor” immediately after he left the post as vice president under Barack Obama, even though he never taught a class.

Now his claim to have driven an 18-wheeler is being debunked as imaginary; even the White House can’t provide evidence.

Joe Biden, a career politician who has been in politics for 48 years, claims he “used to drive an 18 wheeler.” pic.twitter.com/eOXI9pwF2g

He was caught on audio this week stating, “I used to drive an 18-wheeler.”

The Washington Examiner reported the Republican National Committee immediately fact-checked Biden, with Zach Parkinson on social media: “There is *zero evidence* that Biden ‘used to drive an 18 wheeler,’ The extent of Biden’s trucking experience is that he **rode in** a truck once, for one night in 1973 (he made sure to return home by plane though).”

Parkinson cited a December 1973 opinion piece where Biden, as a senator, told of taking a 536-mile ride in a “47,000 pound cargo truck” to learn more about the plight of truck drivers.

The extent of Biden’s trucking experience is that he **rode in** a truck once, for one night in 1973 (he made sure to return home by plane though) https://t.co/p9sPMU20W3 pic.twitter.com/A7tmkoOSHB

Biden claimed, “I made the trip because I wanted a firsthand account from the truckers, who say they carry 50 per cent of all the goods shipped within the United States.”

Biden’s newest claim came during a political appearance at a trucking facility.

He did previously drive a pickup truck, a Ford F-150 in Michigan in May, but even that created controversy when a blog posting charged that he wasn’t really driving it.

The report said, “There is scant evidence that Biden has ever driven an 18-wheeler truck.”

The report said the White House pointed to the article about Biden riding in a truck, but when confronted with the fact that riding and driving are not the same, the president’s spokesperson noted that Biden reportedly drove a “school bus.”

“The majority of school buses, on average, ‘have two axles, with the bigger models having two wheels on the front axle and four wheels on the dual axle, for a total of six wheels,’” the report said, and are not the same as 18-wheelers.

The White House could offer no further response.

This is basically the Biden team admitting he made it up:

“Fox News pressed again about the president’s claim, pointing out that a school bus is not the same as an 18-wheeler truck, but did not receive a response by publishing time” https://t.co/t1OGPOqW0N

“Breaker 1-9, this here’s the Choo Choo, you got your ears on Cornpop? Got the Freightliner Fever and a load of Coors headed for the Big D, where them smokeys at, you copy?”

“Sir this is a cabinet meeting.”

“YOU FORGOT TO SAY BREAKER 1-9”https://t.co/qVTTaPomDL