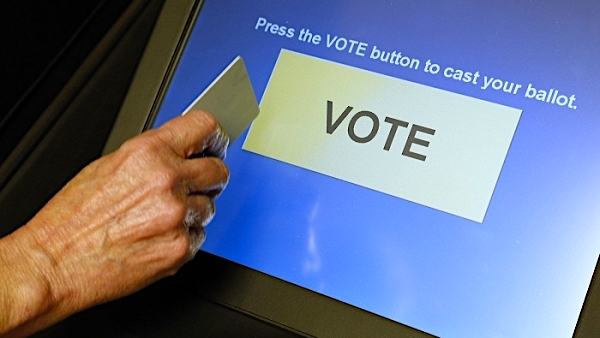 All of those claims that the 2020 presidential election was the cleanest ever, that there was no inappropriate behavior, and all was good on Thursday were delivered a possibly mortal blow with a new report that confirms Democrats scuttled voter ID rules, flooded mailboxes with ballots and restricted election integrity rules.

“Democrats, including some public officials, used the pandemic as a pretense to achieve long-sought policy goals, such as expanded mail voting and the elimination of key safeguards, specifically for absentee voting, such as witness and ID requirements,” said the report from the RNC’s Committee on Election Integrity.

“The pandemic brought chaos and comprehensive changes to voting processes beginning in the spring primaries and lasting through the post-election process,” it said.

The report charges: “Unsurprisingly, when evaluating the 2020 election, the committee found that the COVID-19 pandemic was the most impactful issue.”

It continued, “One of the worst examples is the automatic mailing of ballots to voters who did not request them, including in states such as New Jersey and Nevada that had no tradition of heavy absentee voting and were unprepared to scale up their processes. Another example was how state courts ignored laws enacted by their legislatures such as ballot delivery deadlines. Utilizing emergency powers and the courts, the Democrats attempted, with some success, to tear down these key safeguards that give Americans confidence in our elections.”

WND has reported multiple times on how state officials simply ignored or overturned state election laws during the 2020 vote, even though the U.S. Constitution requires state lawmakers to make those changes. Further, that there was outside influence is without doubt, as leftist Mark Zuckerberg of Facebook handed out some $350 million to mostly leftist election officials to help them “run” their elections.

And, while Biden won the election with extremely narrow margins in several swing states, a survey after the election confirmed that had the legacy and social media corporations who were advocating for Biden not suppressed truthful reporting about scandals involving him and his son, Hunter, enough voters would have dropped their support for him that Donald Trump would now be in his second term.

The report focused on the voting process and key areas where state voting laws were “abandoned.”

Republicans said a “year-round election integrity operation” is being created that will hire in-state integrity advocates and monitor state and county election processes.

The report’s recommendations, Bedard said, are “common sense but opposed by some Democratic lawmakers who instead are using reforms to paint Republicans as proponents of limiting voting.”

“The committee recognizes that Republican voters across the country reasonably demand much from the RNC and look to the national party and its leaders to take the lead in protecting America’s election process and promoting voting rights and voter integrity. The committee has now spent over six months studying, drawing conclusions, and making recommendations that will hopefully make a lasting impact and help achieve that mission. This is just the beginning, but the committee is confident this report will provide the blueprint to avoid another election like 2020. The Republican Party must look ahead. The RNC and its leaders look forward to promoting the policies endorsed in this report nationwide and implementing the recommendations specific to the RNC in 2022 and beyond. States like Florida, Georgia, and Iowa are already adopting policies like those recommended in this report, and the committee hopes others follow their lead. It is clear that much of the work is already underway, and the RNC will do its part to continue them ission to ensure all Americans have confidence that our elections are secure and transparent.”