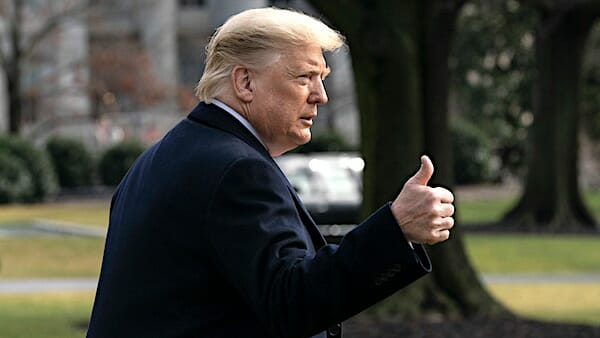 Discovery is a process in court cases in which the evidence that is pertinent to the decision is identified and defined.

And it’s the subject of the latest fight in on ongoing battle to find out what happened in Antrim County, Michigan, during the count of the 2020 presidential race ballots.

It’s a traditionally Republican county that officials initially announced last fall had voted for Joe Biden for president, only later the retract their claim and say that “human error” caused thousands of votes that were for President Trump to be counted for Biden.

A lawsuit was filed, and a judge dismissed it, but put on hold action in the case since he said he expected an appeal to be filed, which now is being pursued.

But the Washington Examiner reports the two sides cannot even agree on what happens in the interim.

The judge had told Matthew DePerno, the lawyer representing the plaintiff in the lawsuit over allegations of fraud in the election, to prepared an order concerning procedures pending the appeal, and he did.

But lawyers for the county and Michigan Secretary of State Jocelyn Benson refused to agree.

13th Circuit Court Judge Kevin Elsenheimer said it was his understanding that all matters had been put on hold for the time being and noted the court “will take all pending motions under advisement.”

So DePerno followed instructions and submitted an order, only to have Michigan Assistant Attorney General Erik Grill claim the order is not accurate.

“The court had stated that ‘all matters’ would be stayed — including discovery. But the plaintiff’s proposed order stays only unresolved motions and would not stay discovery or any other matters,” he said.

The case was brought on behalf of Central Lake Township resident Bill Bailey.

DePerno and Bailey argued that “material fraud or error” happened during the 2020 election. They sought an audit, which the defendants claimed was their responsibility.

The Examiner reported, “But before his May 18 ruling, the judge already allowed DePerno to proceed with an ‘expert witness’ list for testimony to rebut a report by a technology security expert released by the Michigan secretary of state’s office that found issues with an analysis of Antrim County’s Dominion Voting Systems machines that claimed to have found a 68% error rate and argued human error led to early tabulation errors. That aligns with what state and county officials said after it was revealed that early on, thousands of votes were incorrectly tabulated in favor of President Joe Biden in Antrim County, which has about 23,000 residents. The reporting error was quickly corrected, but the mishap caught the attention of former President Donald Trump and his allies, who claim the 2020 contest was rigged and are encouraging a push for audits to take place across the country.”

The judge in the case specifically noted he was “not saying there were no problems” in how Antrim County conducted the 2020 election.

“The clerk has admitted that there were challenges and problems in the elections, although the hand count ultimately of the presidential election showed the results were largely consistent with the canvas totals that were entered by the state and reported by the county. Nor am I saying that the processing of election data here wasn’t corrupted or corruptible. I don’t have the facts to make that determination,” he wrote.

DePerno has confirmed preparation for an appeal is under way.

The county has become representative of indications of shady election manipulation across the country. Further, Michigan was one of six battleground states that drew charges of election fraud. Several states suspended counting on Election Night with Trump leading. Hours later, after massive ballot dumps that were nearly 100% for Biden, the Democrat took the lead when counting resumed.

DePerno has noted he’s already found out that even after an election is over, the results are not secured.

“We can now show that after the election is done, someone, anyone really who has access to those tabulators, can reopen the election, run more ballots through the tabulator, print off new tabulator tape with a new balance and backdate that tape to November 3rd,” he said.

DePerno earlier said his investigation had revealed that the voting machines there contained a software program that could have been used to manipulate vote totals.

Fact-checkers have objected to his opinion, stating that many audits done in Michigan of elections all show they’ve been accurate.