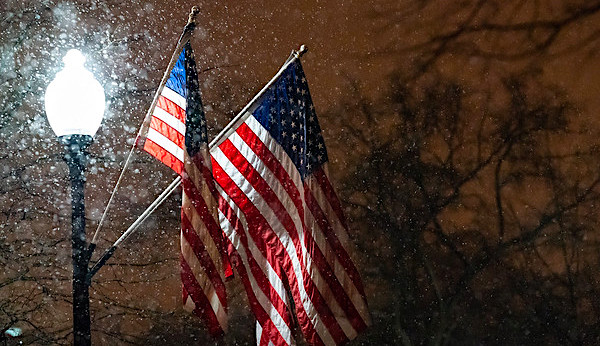 Before there was a “cancel culture,” and before Big Tech ruled the world, there was a man called Nat Hentoff who defied the odds.

He was a man of the Left, yet he was sincere, old-fashioned, a rebel – and he called the world as he saw it.

My old friend, the late Nat Hentoff, referred to the First Amendment as the First Freedom.

I always liked that. Though we had some political differences over the decades, I found him to be a true and enthusiastic lover of the First Amendment.

I dearly wish Nat were here today as America faces what I see as an existential threat to free speech, freedom of the press and freedom of religion. He died at 91 on Saturday, Jan. 7, 2017, while listening to Billie Holiday.

It is as if no one saw what was coming – in Nat’s death and the death of the First Amendment. Generally speaking, liberty is usually attacked by government – but not in this case. This time, it was, as I predicted, the result of government inaction.

I’m even sure I had a chance to discuss it with Nat – something I had begun calling the “scorched earth, search-and-destroy mission from the Internet Cartel of Google-YouTube-Facebook-Twitter-Amazon against independent media.” I was caught in the crossfire. And it hurt.

Today, you’re all familiar with it. Back then, I felt alone. Eventually I think it contributed to my stroke.
The Cartel chiefs probably never heard of Nat. If they did, they wouldn’t have believed I knew him. My personality had been reduced to a meme, a cartoon something that could be reduced to ad hominem attacks.

Here’s what Nat Hentoff said about WND’s relentless campaign of pursuing the truth about the Miriam Carey shooting by Capitol Police.

“I always read WND because I get so much real news from you guys,” he said. “The way you handled that story ought to be taught in journalism schools. I have a lot of respect for that publication. I make sure I read it. It’s one of my favorites on the Web because you guys are among the remaining and dwindling number of an independent press. … There are still a few journalism schools I suppose that are taking their work seriously, but this ought to be part of the curriculum. I mean it.”

It occurs to me that Nat Hentoff so treasured the First Amendment, and took it so seriously, that he could not have foreseen what would become of it in 2021.

In all the years he spent writing for the Village Voice, then the New Yorker, the Washington Post and Down Beat magazine and finally, WorldNetDaily, he was in search of good journalism – nothing less.

His writing was often passionate, even inspirational. He was a fan of other great writing.

In “Free Speech for Me – but Not for Thee: How the American Left and Right Relentlessly Censor Each Other,” he attacked not only school boards that banned books, but also feminists who tried to silence abortion foes. He loved free speech. He almost idolized it.

No, there was no room for Nat Hentoff in a world ruled by Big Tech.

Enjoy reading the radical I loved! Read some of his fire and brimstone. And imagine Nat Hentoff writing for the last years of his life in this journalistic “den of iniquity” – this bastion of conservatism.

Is it unimaginable? No, it was only a few short years ago.

But now, with Big Tech so all-powerful, it is unimaginable.