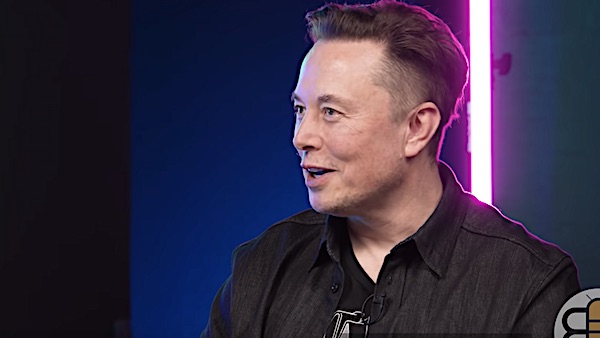 Billionaire Elon Musk, who already disrupted the Twitter universe by buying up more than 9% of its stock in a sudden move, now has written to the board offering to buy the entire company and take it private.

And, he warned, if his offer isn’t accepted, he’ll have to review his position as a major stockholder, suggesting a selloff that could further disrupt the company.

The Washington Examiner reported Musk wrote to Bret Taylor, chairman of the board of Twitter, offering the deal at $54.20 per share in cash, which would make the purchase worth some $41 billion.

The letter was delivered to Taylor Wednesday and on Thursday revealed by the Securities and Exchange Commission.

“I invested in Twitter as I believe in its potential to be the platform for free speech around the globe, and I believe free speech is a societal imperative for a functioning democracy,” Musk’s letter said. “However, since making my investment I now realize the company will neither thrive nor serve this societal imperative in its current form. Twitter needs to be transformed as a private company.”

Musk, also the chief of both Tesla and SpaceX, said he will “unlock” the company’s potential.

The Twitter board said it will review the proposal to determine the course of action it believes is in the best interest of the company and shareholders.

Just days earlier, the company confirmed Musk, who owns a 9.2% stake in the company, had rejected an offer to join the board of directors, a position that would have, in fact, limited his ability to purchase more stock.

The Post reported, “Musk also has suggested adding an edit button for tweets, suggested that Twitter might be ‘dying,’ and even scrapping its business model, which relies on selling ads. ”

An analysts predicted Musk will succeed.

“Musk previously had a 9.2% stake before the filing this morning and now ultimately we believe this soap opera will end with Musk owning Twitter after this aggressive hostile takeover of the company,” said Daniel Ives of Wedbush Securities.

The company became embroiled in a long list of free speech fights under its previous CEO, Jack Dorsey, a leftist who routinely was accused on stamping on conservative thoughts and values.