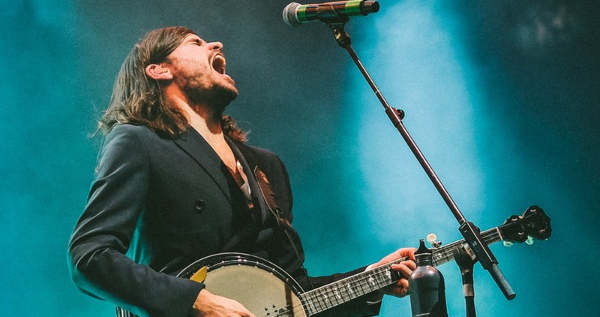 The Mumford & Sons member who announced Thursday he is leaving the popular English band, now regrets apologizing for the tweet that triggered the whole controversy.

Winston Marshall, the group’s banjo player and lead guitarist, presented his side of the story in a post on Medium that included quotes from famed Soviet dissident Alexander Solzhenitsyn.

His offense was commenting favorably on a book about the far-left group Antifa by journalist Andy Ngo. Marshall regularly commented on books, and he thought the Twitter post was “as innocuous as the others.”

“How wrong I turned out to be,” he said.

Marshall’s critics labeled him a “fascist,” he said, despite the fact that 13 members of his family were murdered in the Holocaust and he was close to his surviving grandmother.

“My family knows the evils of fascism painfully well. To say the least. To call me ‘fascist’ was ludicrous beyond belief.”

Marshall said he could withstand the criticism, but he was concerned about the impact on the band, and he decided to issue an apology.

“In the mania of the moment I was desperate to protect my bandmates,” he wrote. “The hornets’ nest that I had unwittingly hit had unleashed a black-hearted swarm on them and their families. I didn’t want them to suffer for my actions, they were my priority.”

Now, upon reflection, he thinks the apology was a mistake.

Marshall said the apology “in a small way participates in the lie that such extremism does not exist, or worse, is a force for good.”

He quoted from Solzhenitsyn’s famous essay “Live Not By Lies”:

And he who is not sufficiently courageous to defend his soul — don’t let him be proud of his “progressive” views, and don’t let him boast that he is an academician or a people’s artist, a distinguished figure or a general. Let him say to himself: I am a part of the herd and a coward. It’s all the same to me as long as I’m fed and kept warm.

Marshall said the “only way forward” is for him to leave the band.

“I could remain and continue to self-censor but it will erode my sense of integrity. Gnaw my conscience. I’ve already felt that beginning,” he wrote.

His hope in distancing himself from his bandmates is that “I am able to speak my mind without them suffering the consequences.”

“I leave with love in my heart and I wish those three boys nothing but the best. I have no doubt that their stars will shine long into the future.”