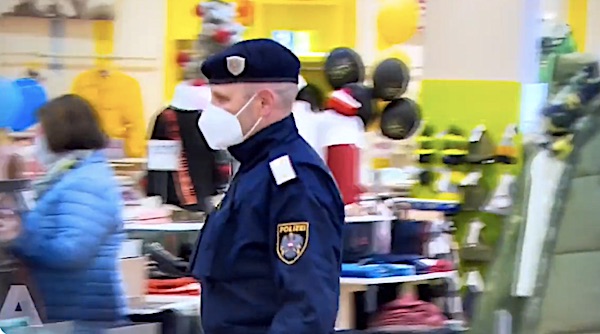 A former adviser to the World Health Organization and the U.S. Department of Health and Human Services has compiled a list of more than 400 studies showing that COVID-19 lockdowns, shelter-in-place policies, school closures, masks and mask mandates have failed to curb virus transmission or reduce deaths.

“These restrictive policies were ineffective and devastating failures, causing immense harm especially to the poorer and vulnerable within societies,” wrote Dr. Paul Alexander for the Brownstone Institute in an article in which he lists the studies.

Alexander said that while nearly all governments have attempted compulsory measures to control the virus, the research shows that no government can claim they have had a “discernible impact” on “virus trajectories.”

A study published in January 2021, for example, reported “in the framework of this analysis, there is no evidence that more restrictive nonpharmaceutical interventions (‘lockdowns’) contributed substantially to bending the curve of new cases in England, France, Germany, Iran, Italy, the Netherlands, Spain, or the United States in early 2020.”

“We’ve known this for a very long time now,” Alexander said, “but governments continue to double down, causing misery upon people with ramifications that will likely take decades or more to repair.”

Some of the harms, he said, include “the undiagnosed illness that will result in excess mortality in years to come, depression, anxiety, suicidal ideation in our young people, drug overdoses and suicides due to the lockdown policies, the crushing isolation due to the lockdowns, psychological harms, domestic and child abuse, sexual abuse of children, loss of jobs and businesses and the devastating impact, and the massive numbers of deaths resulting from the lockdowns that will impact heavily on women and minorities.”

Currently, Alexander noted, there are calls for new lockdowns in response to the omicron variant, despite indications it will likely be infectious but not more lethal.

But it has always been clear, he said, that “we could never eradicate this mutable virus (that has an animal reservoir) with lockdowns and that it would likely become endemic like other circulating common cold coronaviruses.”

And it’s clear, Alexander wrote further, that an “age-risk,” focused-protection approach, as outlined in the Great Barrington Declaration, is optimal amid evidence of a 1,000-fold differential in risk of death between a child and an elderly person.

Also, he said, there has been plenty of evidence of the “potency and success of early ambulatory outpatient treatment in reducing the risk of hospitalization and death in the vulnerable.”

But public health officials and decision-makers, from the beginning, “were not reading the evidence, were not up to speed with the science or data, did not understand the evidence, did not ‘get’ the evidence, and were blinded to the science, often driven by their own prejudices, biases, arrogance, and ego.”

“They remain ensconced in sheer academic sloppiness and laziness,” he wrote. “It was clear that the response was not a public health one. It was a political one from day one and continues today.”

NEW – Police arrested “Santa Claus” today at a Christmas market in Germany because he was not wearing a mask.pic.twitter.com/m7SyhEkWUb