Miranda Devine: 'The most compelling evidence' of 2020 vote fraud 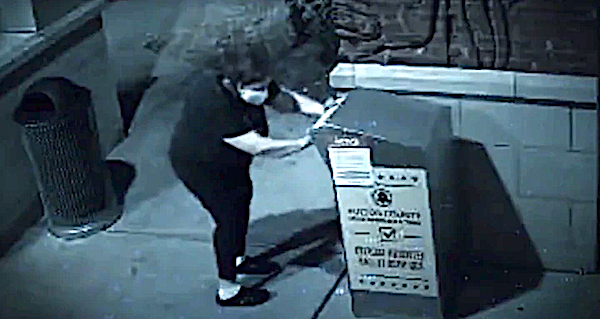 Miranda Devine was the lead reporter in the New York Post’s blockbuster stories weeks before the 2020 election featuring evidence of Joe Biden’s involvement in the family’s influence peddling operation.

A poll indicated that if those revelations had not been censored by Twitter, Facebook and other social media, they would have changed the outcome of the vote.

Now, Devine is weighing in on what she calls the “most compelling evidence to date” of a systematic scheme to subvert the electoral process.

She’s referring to the hard data gathering by longtime election-integrity investigators Catherine Engelbrecht, founder of True the Vote, and data analyst Gregg Phillips that is featured in the upcoming documentary by Dinesh D’Souza “2000 Mules”.

As WND reported, Engelbrecht and Phillips hired a dozen people who put in 16-hour days for 15 months, combing tediously through cellphone geolocation data, surveillance videos and documents to see if the evidence supports their vote-fraud hypothesis. They believe the data show a highly coordinated operation in the key battleground states collected ballots and paid “mules” to stuff them in the unattended drop boxes that became a center of controversy.

Devine, calling the extent of the vote fraud “jawdropping,” featured it in a column warning that while Democrats and their failed policies appear to be headed for “annihilation at the midterms,” the party’s leaders “appear curiously relaxed, as if winning elections is no longer a priority.”

That’s because, she contends, “they have a cunning plan.”

“They might not be any good at governing, but when it comes to seizing power by foul means or fair, they are world-class,” she wrote.

Devine noted that in the film, D’Souza points out that there were enough suspect votes discovered in the investigation in Georgia, Pennsylvania and Arizona to possibly change the outcome of the election.

“There is no way to scrutinize those ballots now and see if they are fraudulent but if we must have drop boxes at election time, they need to be secure and under 24/7 surveillance,” she wrote.

Devine believes Republican candidates, including President Trump, if he runs, should not keep bringing up “the stolen election” but should instead focus on winning the next one.

Much of the evidence of criminal behavior discovered by Engelbrecht, Phillips and their team is indisputable. In Georgia, for example, it’s illegal for any person to place more than one ballot in a drop box unless he or she has registered as an “assistor.” In Gwinnett County, where there is video footage of people with latex gloves stuffing multiple ballots in a drop box then recording the deed with a photograph, there were no “assistors” registered for the 2020 election.

Phillip said in a recent interview with Charlie Kirk that after the movie comes out and the inevitable attacks come, the investigative team will “pull the rip cord” and release all of the data.

See the interview with Charlie Kirk: